The most remarkable instance of Art Nouveau in architecture is the Casa Mila in Barcelona (figs. 1016 and 1017), a large apartment house by Antoni Gaudi (1852-1926). It shows an almost maniacal avoidance of all flat surfaces, straight lines, and symmetry of any kind, so that the building looks as if it had been freely modeled of some malleable substance. (The material is not stucco or cement, as we might suppose, but cut stone.) The softly rounded openings anticipate the "eroded' shapes of Henry Moore's sculpture (see fig. 1142), the roof has the rhythmic motion of a wave, and the chimneys seem to have been squeezed from a pastry tube. The Casa Mila expresses one man's fanatical devotion to the ideal of "natural" form. It could never be repeated, let alone developed further. Structurally, it is a tour de force of old-fashioned craftsmanship, an attempt at architectural reform from the periphery, rather than from the center. 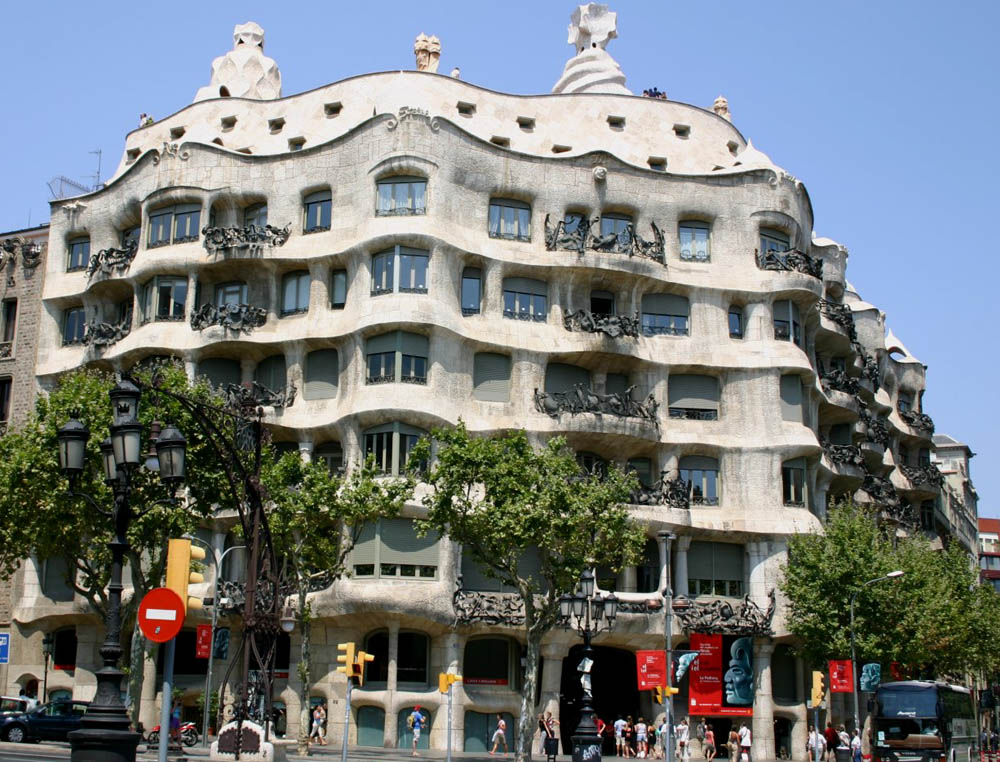 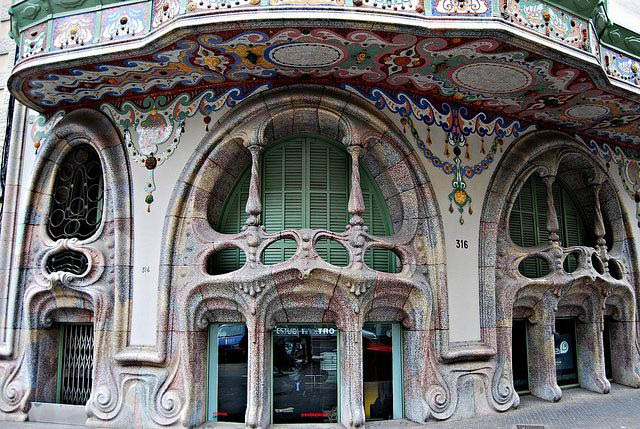 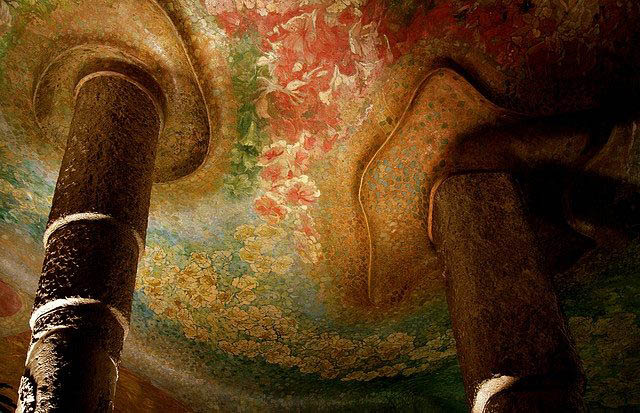 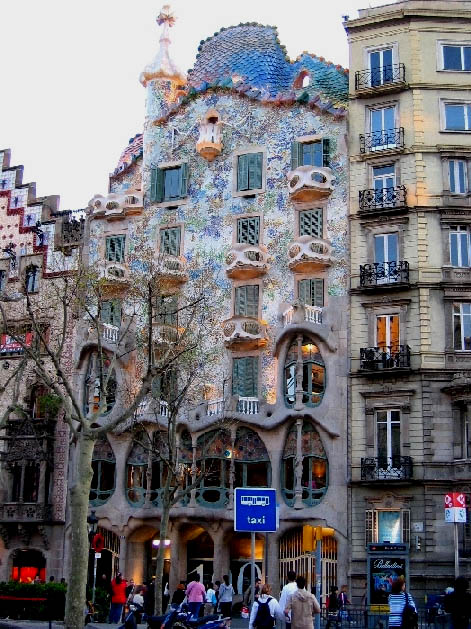 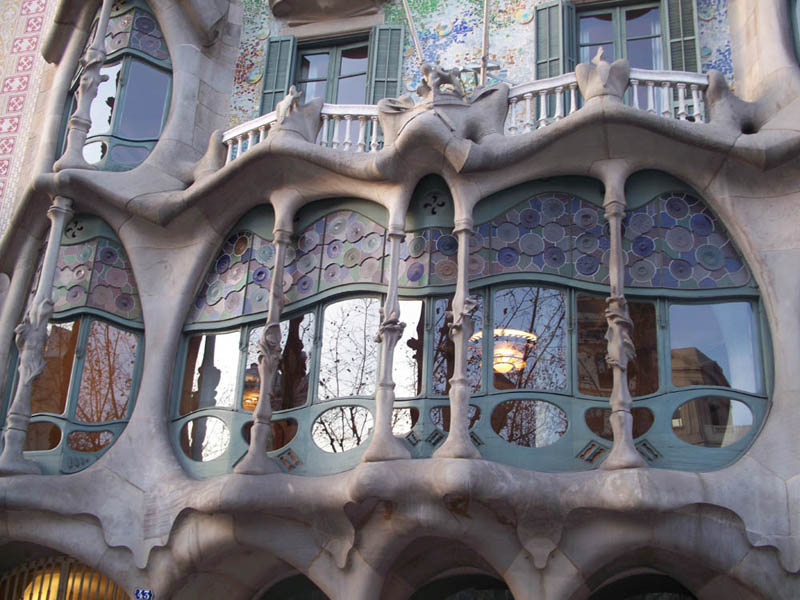 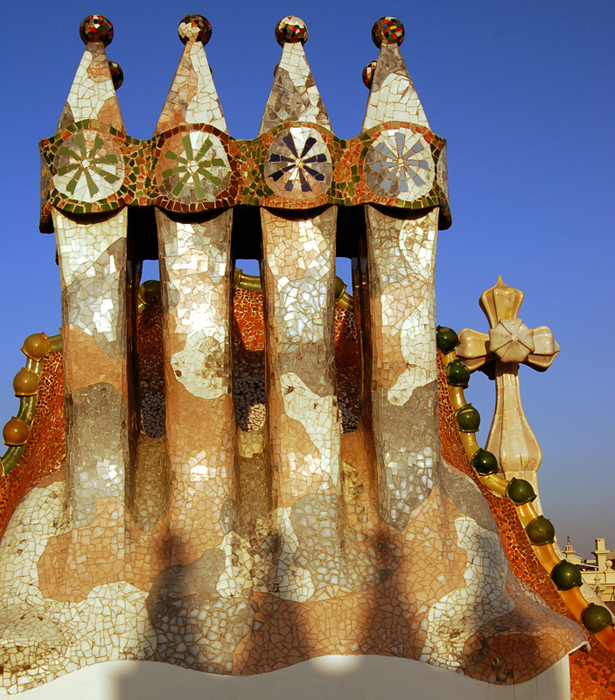 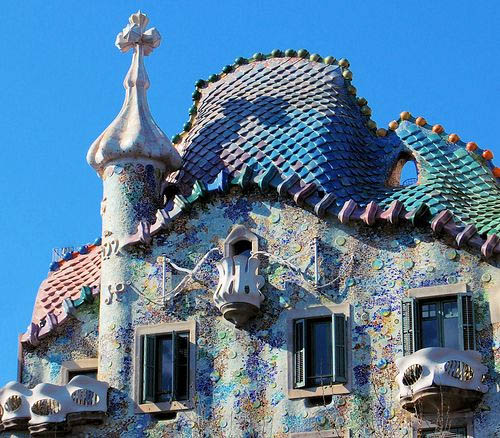 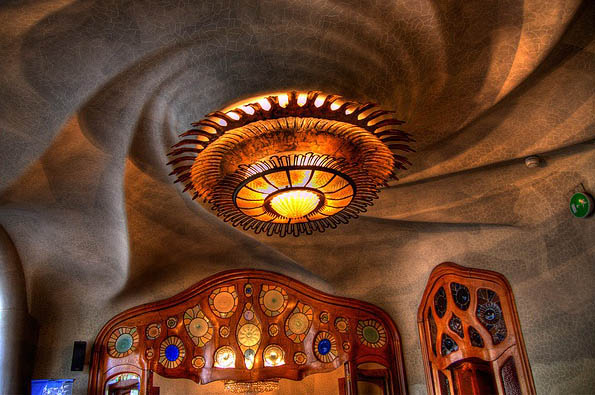 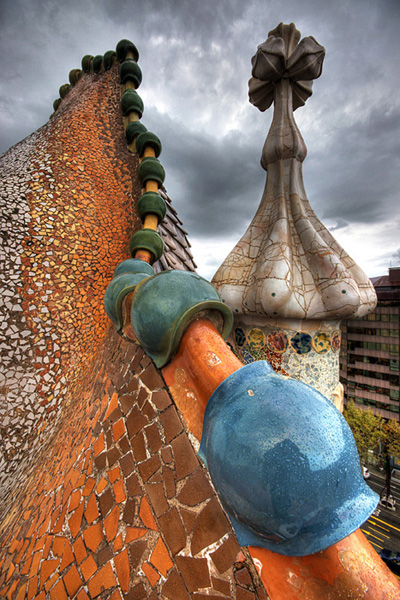 The roof's ridging on the street side is shingled; on the courtyard side it is of cemented mosaic made from broker tiles.