Monumental commissions for French Rococo sculptors were few. Lifesize statues were confined largely to decorative figures of nymphs, goddesses, and the like who are the counterparts to the mythological creatures in the paintings of Boucher and his followers (see below). The Tomb of the Marechal de Saxe (fig. 831) by
Jean-Baptiste Pigalle (1714— 1785), Clodion's teacher and the most gifted sculptor of the era, shows that they could recapture something of Baroque grandeur when given the opportunity. The Marechal steps unafraid from a pyramid denoting immortality toward a casket held open for him by the beckoning figure of Death, as France tries vainly to intervene. He is mourned by the grief-stricken Hercules to the left, representing the French army, and, to the right, the weeping infant personifying the Genius of War, who extinguishes his torch before the fallen military standards. The strange menagerie to the left stands for the nations defeated by the Marechal in combat: Holland, England, and the Holy Roman Empire. If the allegory strikes us as heavy-handed, there can be no denying the effectiveness of the presentation, which is among the most astonishing in all of sculpture. The poses show the classicism requisite for official French art, but the spirit of the whole is unmistakably Baroque. Pigalle has mounted a tableau worthy of Bernini, whose works he studied during several years in Rome as a young man, although the relative restraint also suggests the example of Algardi. The pyramid is not a three-dimensional structure but a low relief built against the wall of the church, while the steps leading up to it and the figures occupying them are "real," like actors performing before a backdrop. We must therefore view the monument as a kind of theatrical performance in marble. The artist has even set it apart from its surroundings by creating an elevated "stage space" that projects outward. 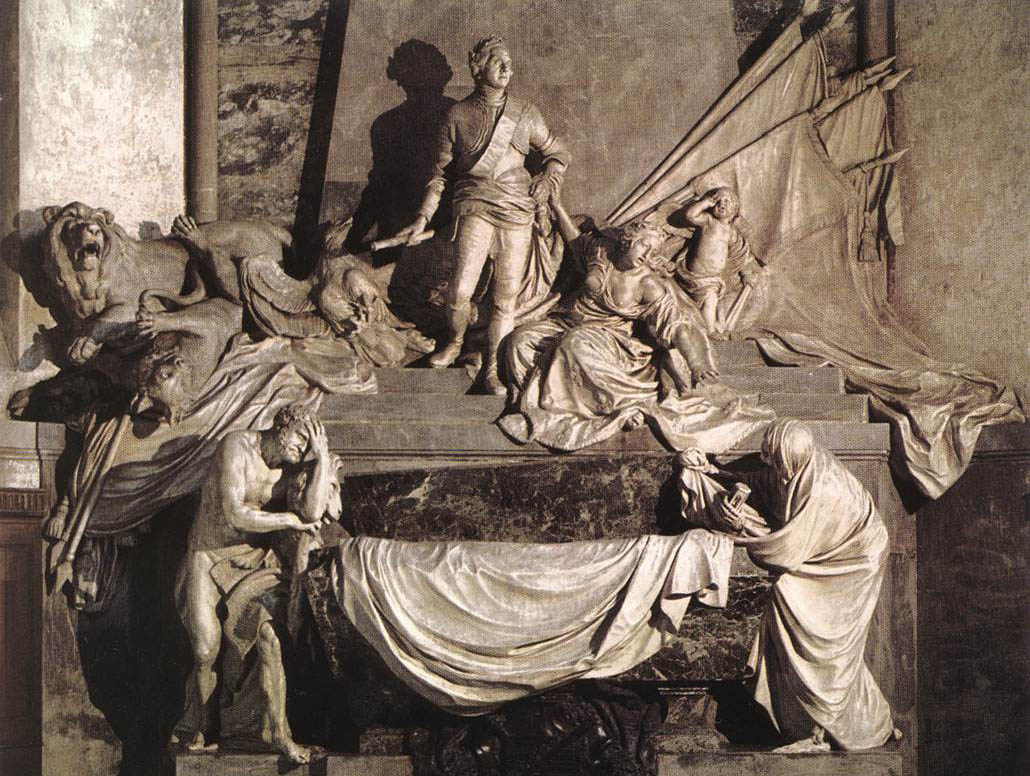 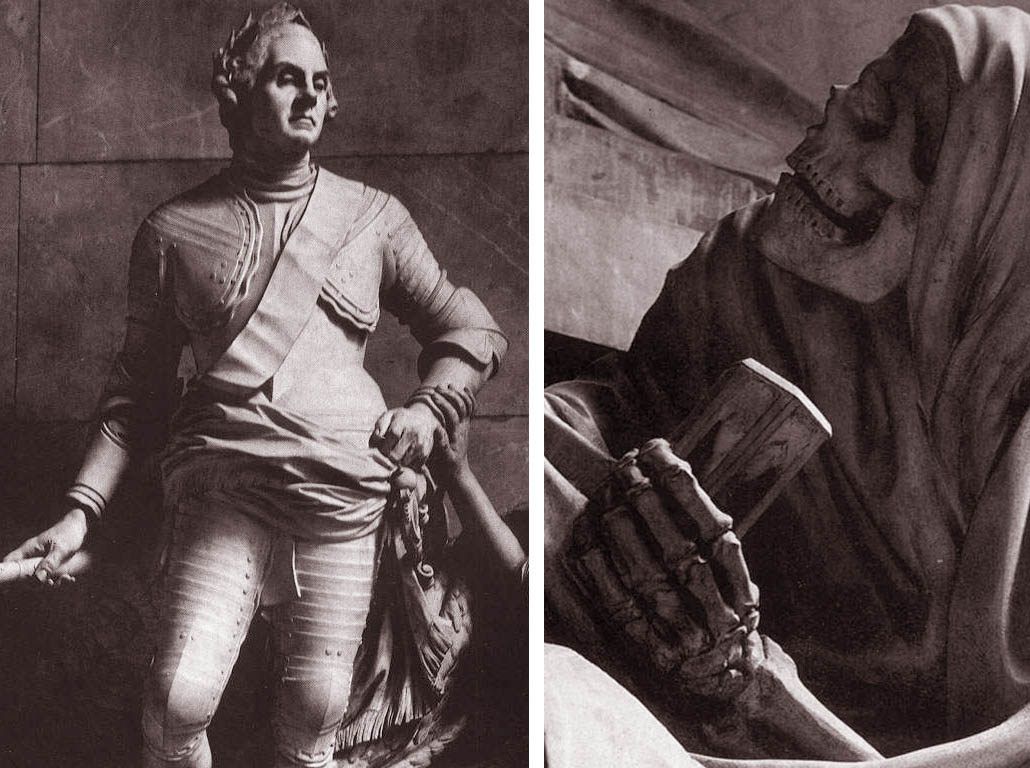 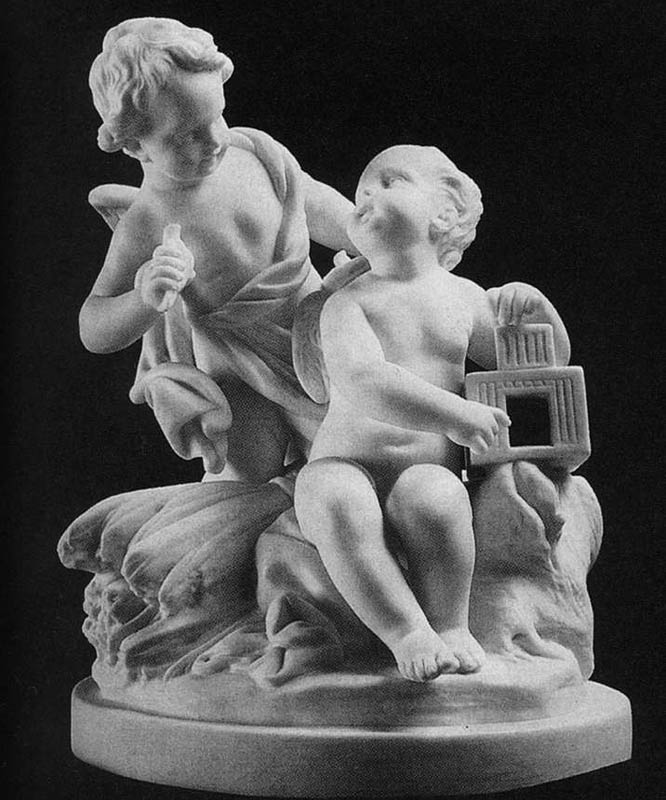 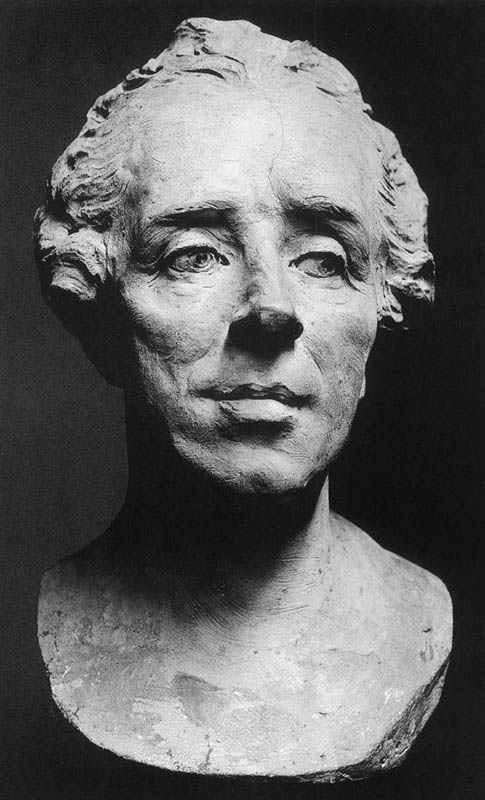 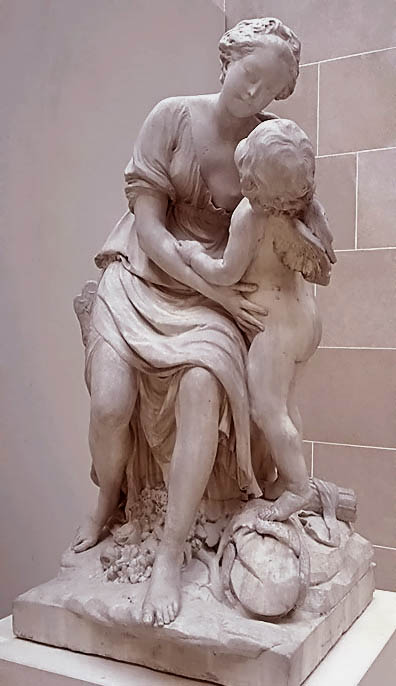 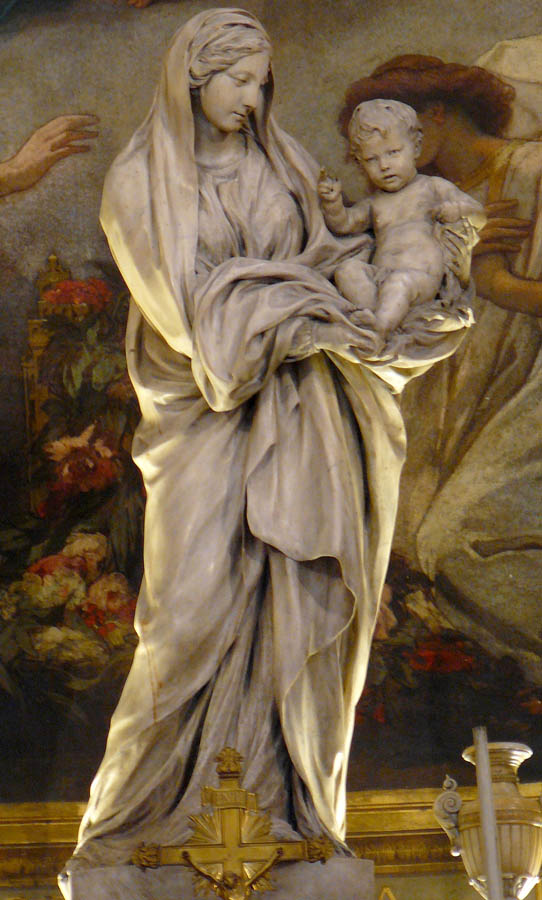 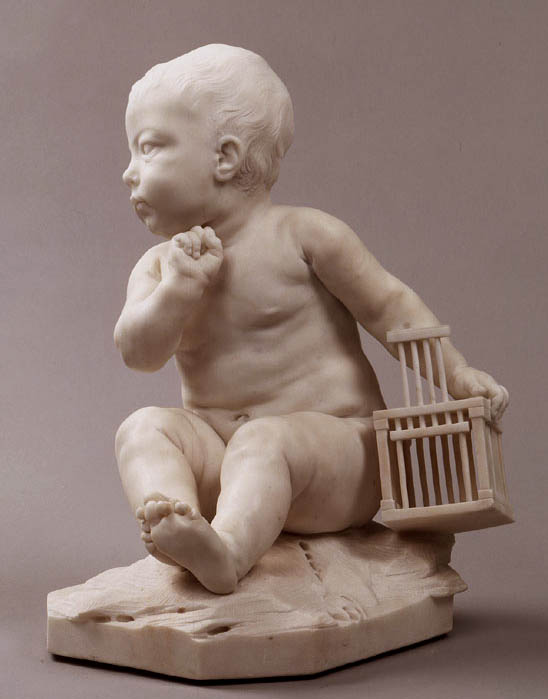 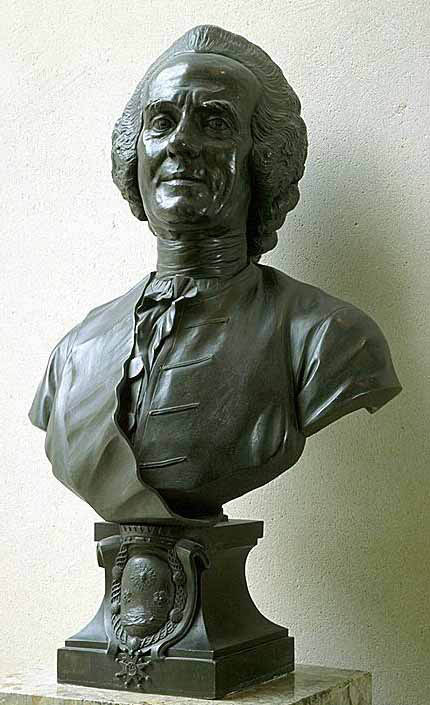 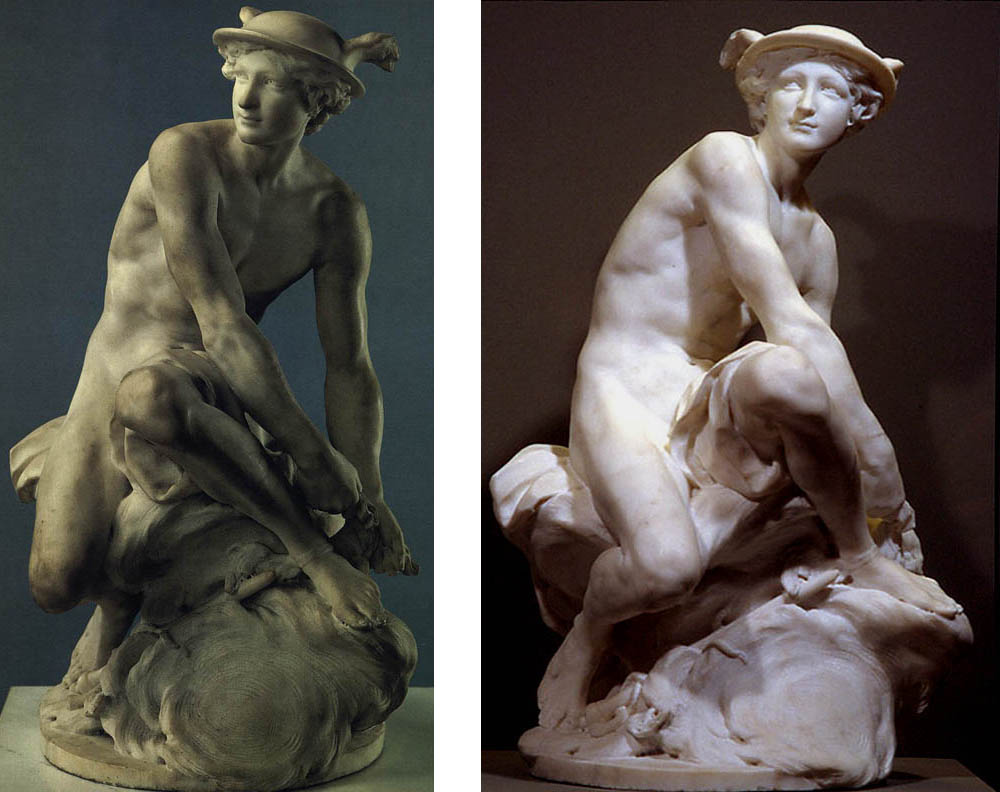 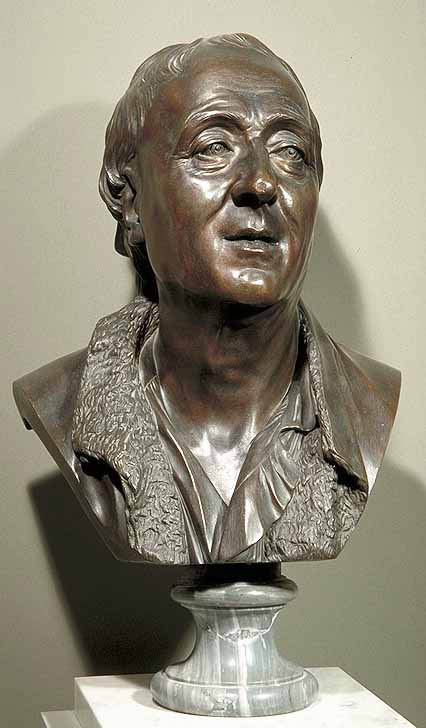 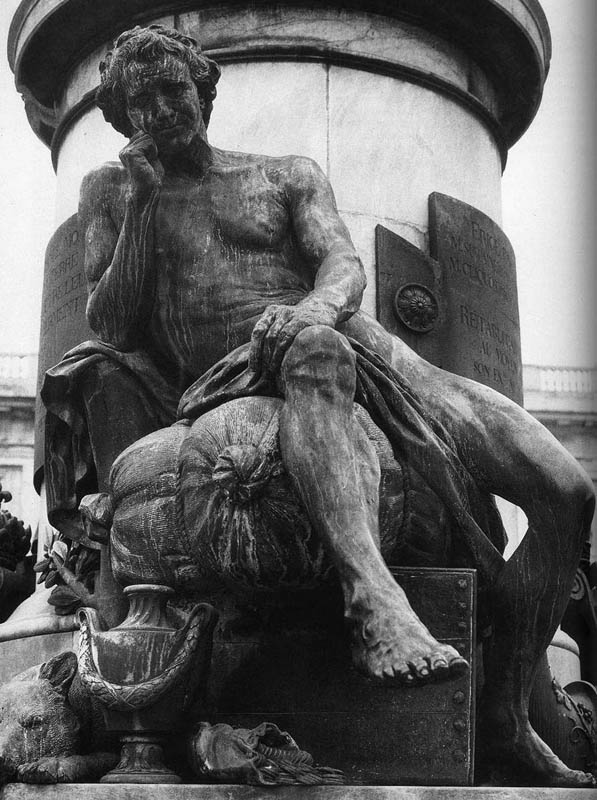 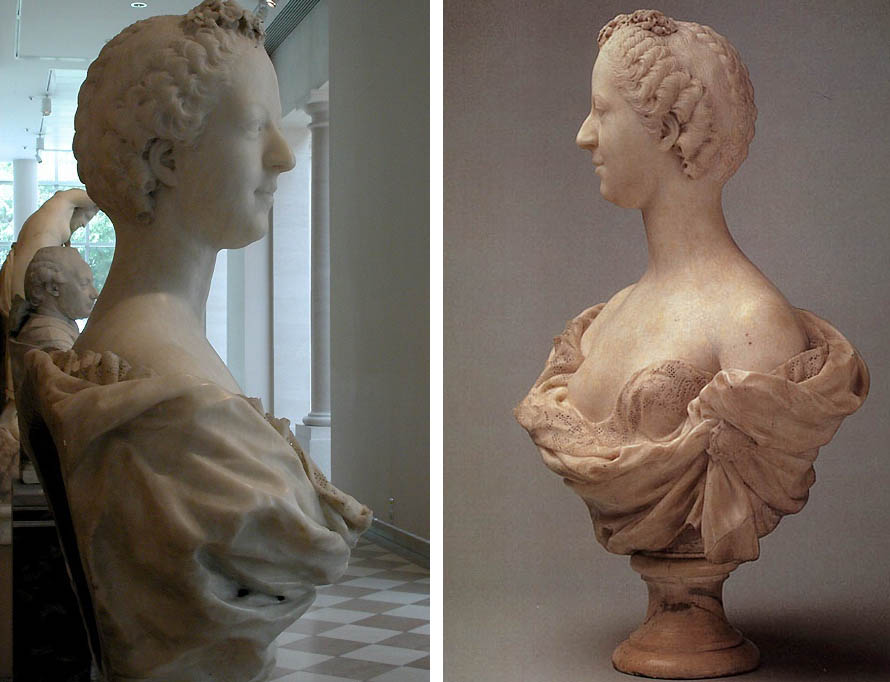 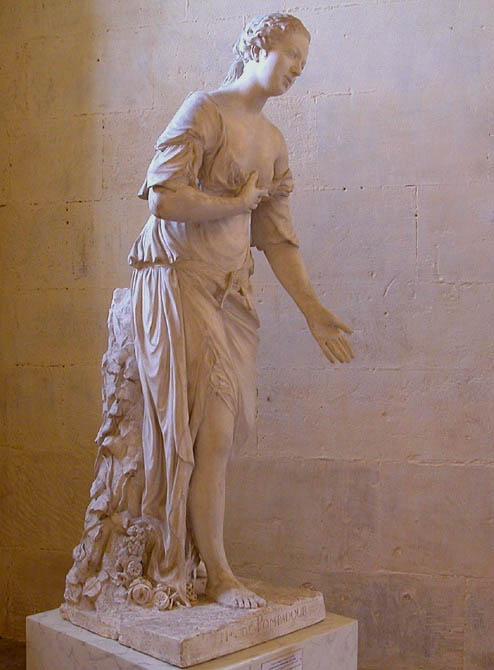 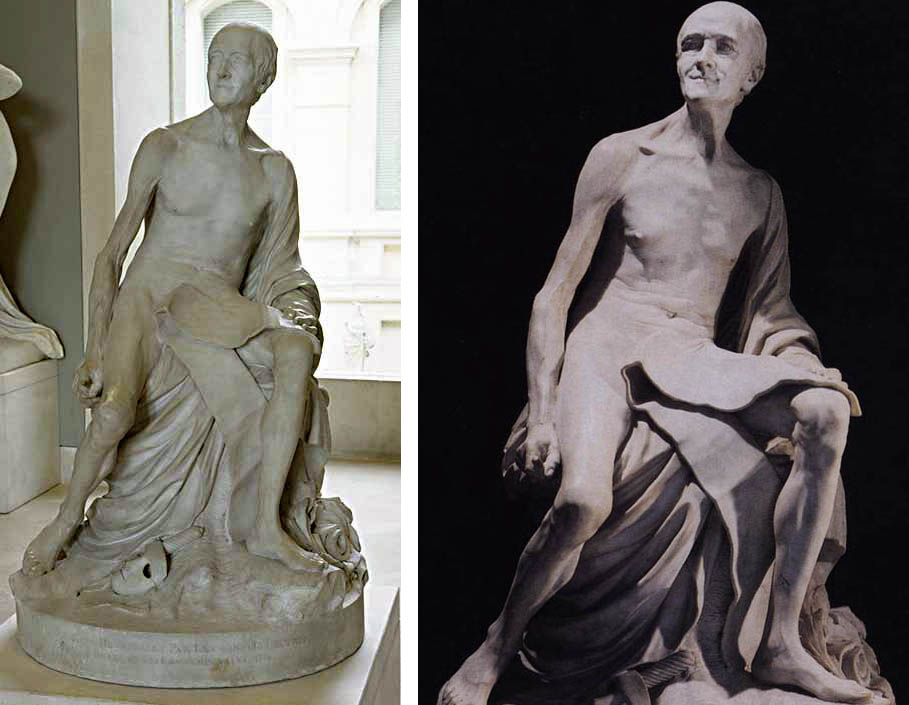 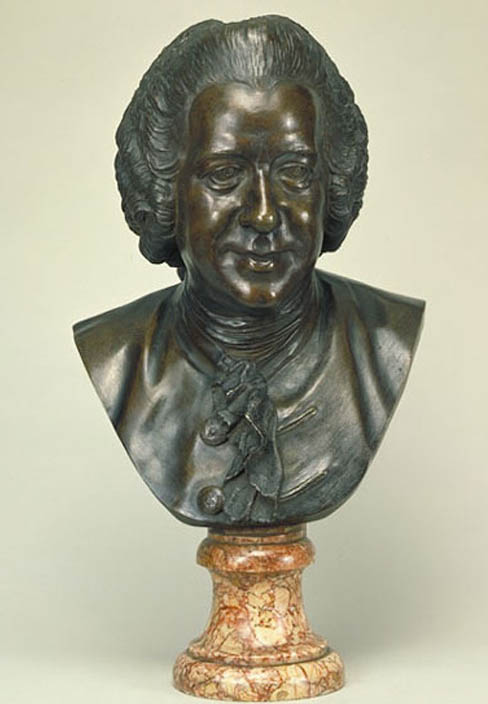 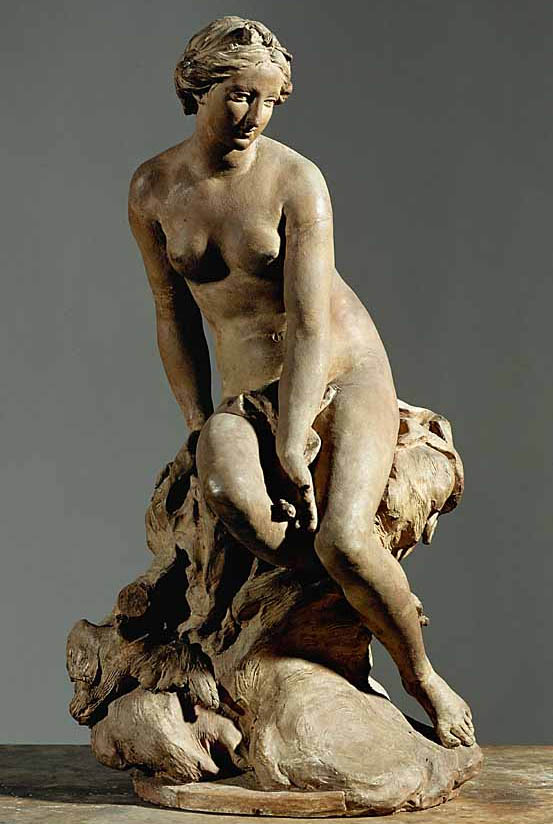