We have already encountered Gianlorenzo Bernini as an architect. It is now time to consider him as a sculptor, although the two aspects are never far apart in his work. As in the tabernacle for St. Peter's (see fig.

755), a strong relationship can often be discovered between Bernini's and Hellenistic sculpture. If we compare Bernini's David (fig. 767) with Michelangelo's (see fig. 645) and ask which is closer to the Pergamum frieze or The Laocoon Group (see figs. 215 and 217), our vote must go to Bernini. His figure shares with Hellenistic works that unison of body and spirit, of motion and emotion, which Michelangelo so conspicuously avoids. This does not mean that Bernini is more classical than Michelangelo. It indicates, rather, that both the Baroque and the High Renaissance acknowledged the authority of ancient art, but each period drew inspiration from a different aspect of antiquity.

Bernini's David, obviously, is in no sense an echo of The Laocoon Group. What makes it Baroque is the implied presence of Goliath. Unlike earlier statues of David, Bernini's is conceived not as one self-contained figure but as half of a pair, his entire action focused on his adversary. Did Bernini, we wonder, plan a statue of Goliath to complete the group? He never did, for his David tells us clearly enough where he sees the enemy. Consequently, the space between David and his invisible opponent is charged with energy

—it "belongs" to the statue.

Bernini's David shows us what distinguishes Baroque sculpture from the sculpture of the two preceding centuries: its new, active relationship with the space it inhabits. It rejects self-sufficiency for the illusion of presences or forces that are implied by the behavior of the statue. Because it so often presents an "invisible complement" (like the Goliath of Bernini's David), Baroque sculpture is a tour de force, attempting essentially pictorial effects that were traditionally outside its province. Such a charging of space with active energy is, in fact, a key feature of all Baroque art. Caravaggio had achieved it in his St. Matthew, with the aid of a sharply focused beam of light. Indeed, Baroque art acknowledges no sharp distinction between sculpture and painting. And as we have seen, the two may even be combined with architecture to form a compound illusion, like that of the stage. 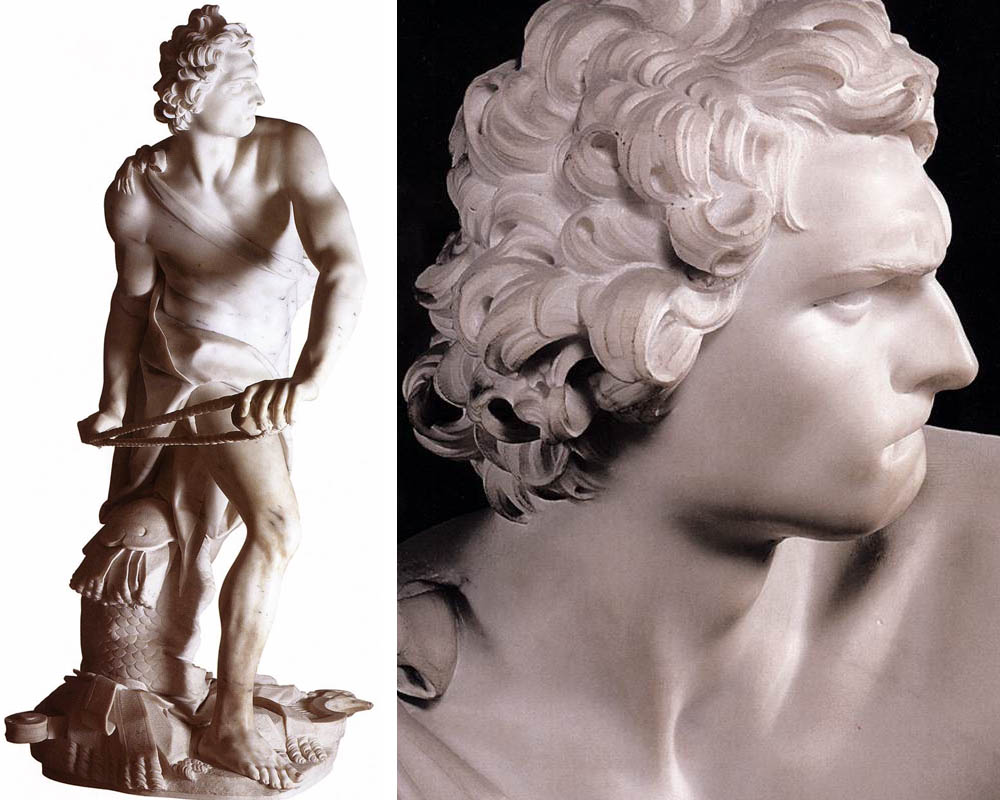 In fact, Bernini, who had a passionate interest in the theater, was at his best when he could merge architecture, sculpture, and painting in this fashion. His masterpiece in this vein is the Cornaro Chapel in the church of Sta. Maria della Vittoria, containing the famous group called The Ecstasy of St. Theresa (fig.

768). Theresa of Avila, one of the great saints of the Counter Reformation, had described how an angel pierced her heart with a flaming golden arrow: "The pain was so great that I screamed aloud; but at the same time I felt such infinite sweetness that I wished the pain to last forever. It was not physical but psychic pain, although it affected the body as well to some degree. It was the sweetest caressing of the soul by God."

Bernini has made this visionary experience as sensuously real as Correggio's Jupiter and Io (see fig. 693). In a different context, the angel would be indistinguishable from Cupid, and the saint's ecstasy is palpable. The two figures on their floating cloud are illuminated (from a hidden window above) in such a way as to seem almost dematerialized in their gleaming whiteness. The beholder experiences them as visionary. The "invisible complement" here, less specific than David's but equally important, is the force that carries the figures heavenward, causing the turbulence of their drapery. Its divine nature is suggested by the golden rays, which come from a source high above the altar. In an illusionistic fresco by Guide-baldo Abbatini on the vault of the chapel, the glory of the heavens is revealed as a dazzling burst of light from which tumble clouds of jubilant angels (fig. 769). This celestial "explosion" gives force to the thrusts of the angel's arrow and makes the ecstasy of the saint believable. 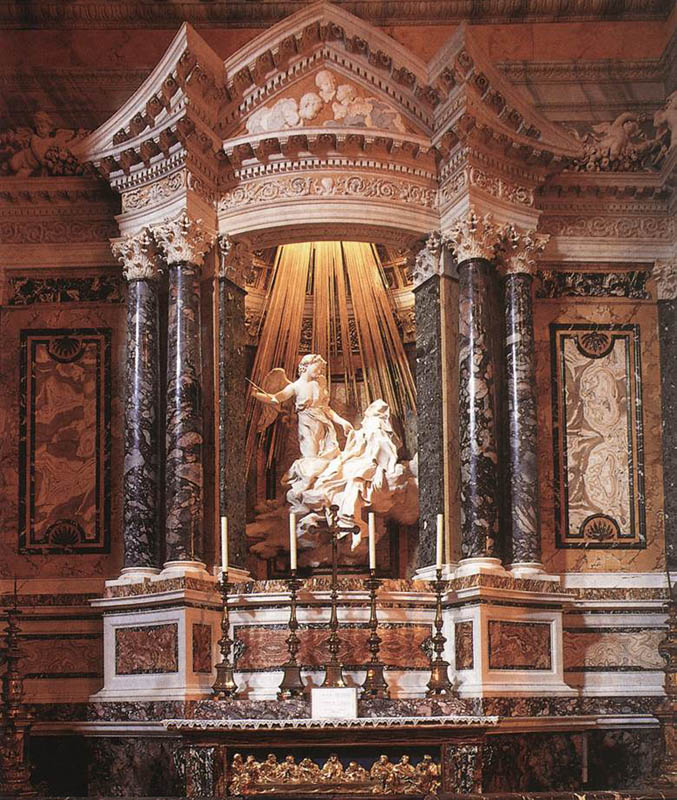 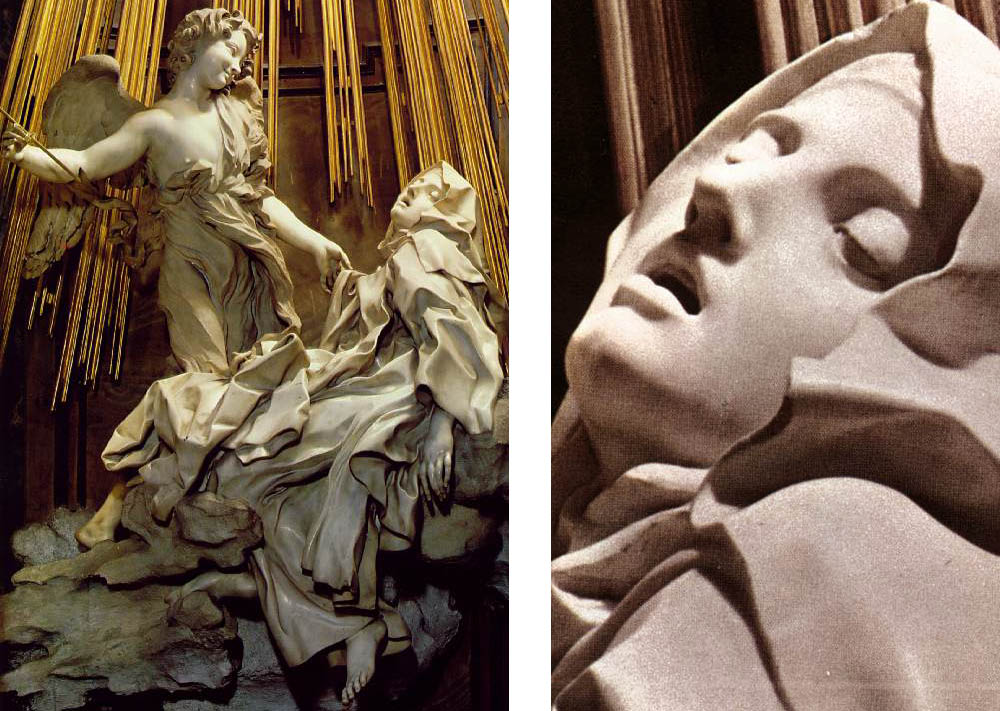 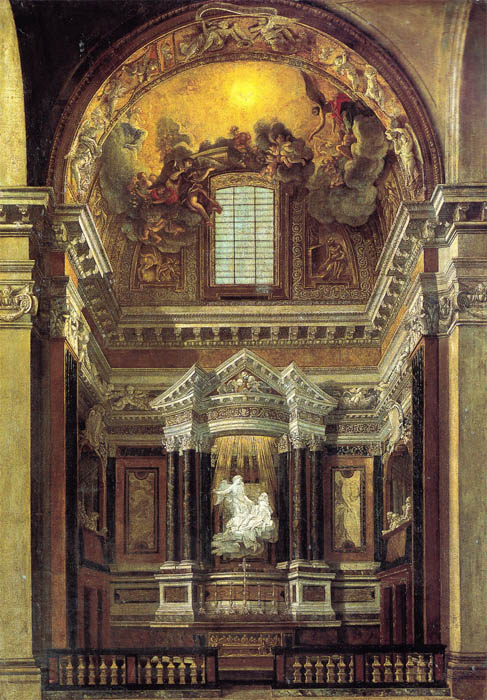 To complete the illusion, Bernini even provides a built-in audience for his "stage." On the sides of the chapel are balconies resembling theater boxes, where we see marble figures, depicting members of the Cornaro family, who also witness the ecstasy. Their space and ours are the same and thus part of everyday reality, while the ecstasy, housed in a strongly framed niche, occupies a space that is real but beyond our reach. Finally, the ceiling fresco represents the infinite, unfathomable space of Heaven. We may recall that The Burial of Count Orgaz and its setting also form a whole embracing three levels of reality

. There is nevertheless a profound difference between the two chapels. El Greco's Mannerism evokes an ethereal vision in which only the stone slab of the sarcophagus is "real," in contrast to Bernini's Baroque theatricality, where the distinction nearly breaks down altogether. It would be all too easy to dismiss The Ecstasy of St. Theresa as a superficial, melodramatic display, but Bernini also was a devout Catholic who believed (as did Michelangelo) that he received his inspiration directly from God. Like the Spiritual Exercises of St. Ignatius, which he practiced, his religious sculpture is intended to help the viewer achieve complete identification with miraculous events through a vivid appeal to the senses.

Bernini was steeped in Renaissance humanism and theory. Central to his sculpture is the role played by gesture and expression in arousing emotion. While no less important to the Renaissance (compare Leonardo), these devices have an apparent abandon that seems anticlassical in Bernini's hands. However, he essentially adhered to the Renaissance concept of decorum and calculated his effects very carefully, varying them in accordance with his subject. Unlike the Frenchman Nicolas Poussin (whom he admired)

, Bernini did this for the sake of expressive impact rather than conceptual clarity. Their approaches were diametrically opposed as well. For Bernini, antique art served as no more than a point of departure for his own fertile inventiveness, whereas for classicists like Poussin it provided a reference point that acted as a standard of comparison. It is nevertheless characteristic of the paradoxical Baroque that Bernini's theories should be far more orthodox than his art, and that he sometimes sided with the classicists against his fellow High Baroque artists, perhaps out of professional rivalry, despite the fact that his sculpture has much in common with the paintings of Pietro da Cortona. 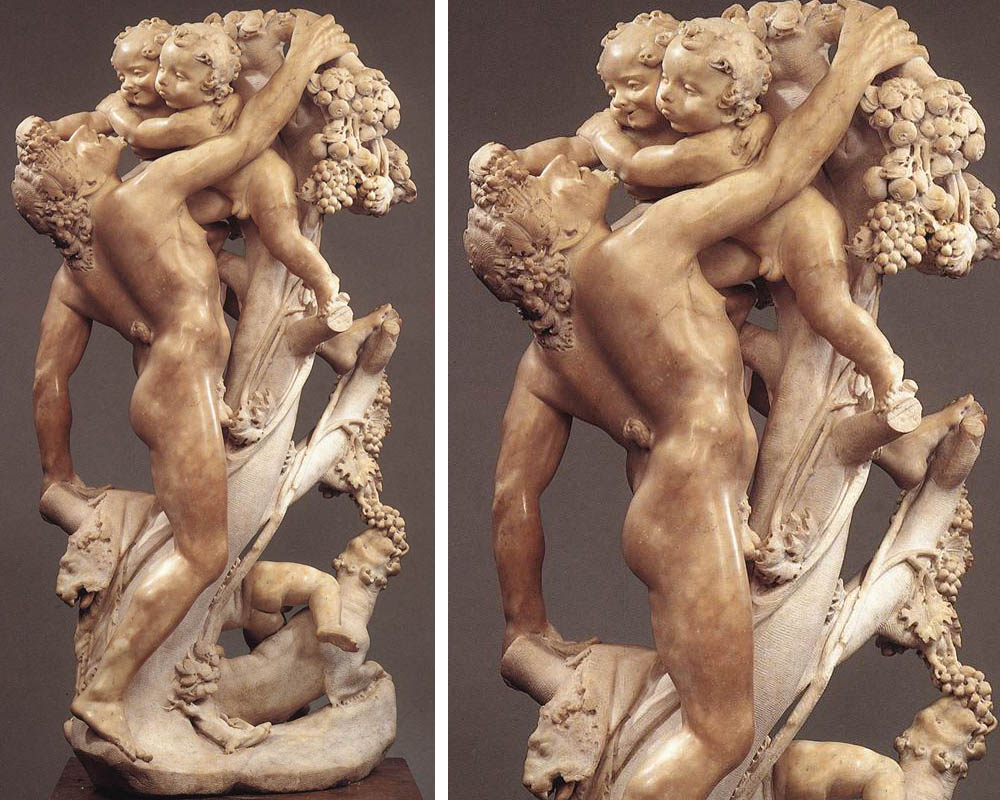 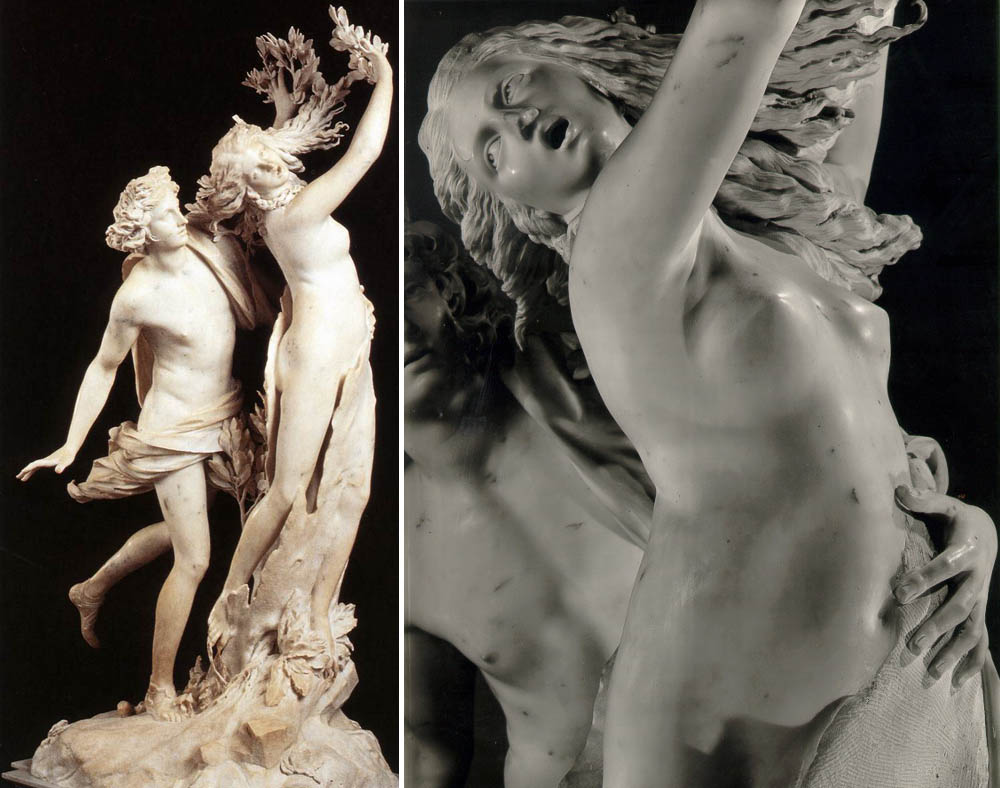 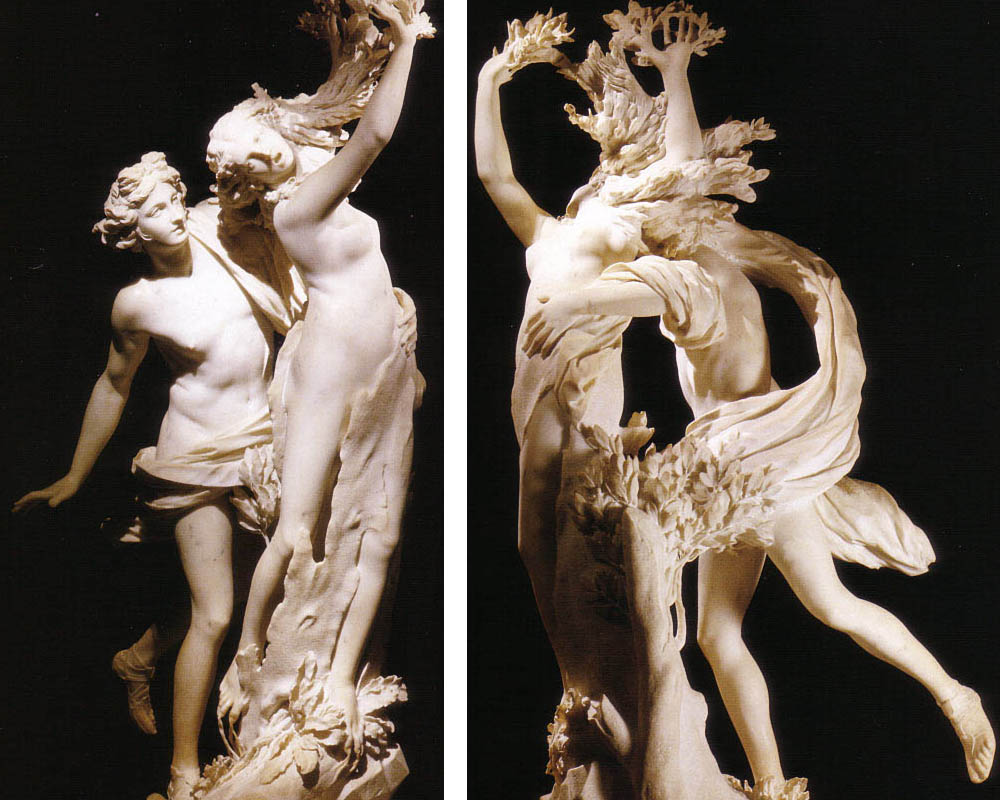 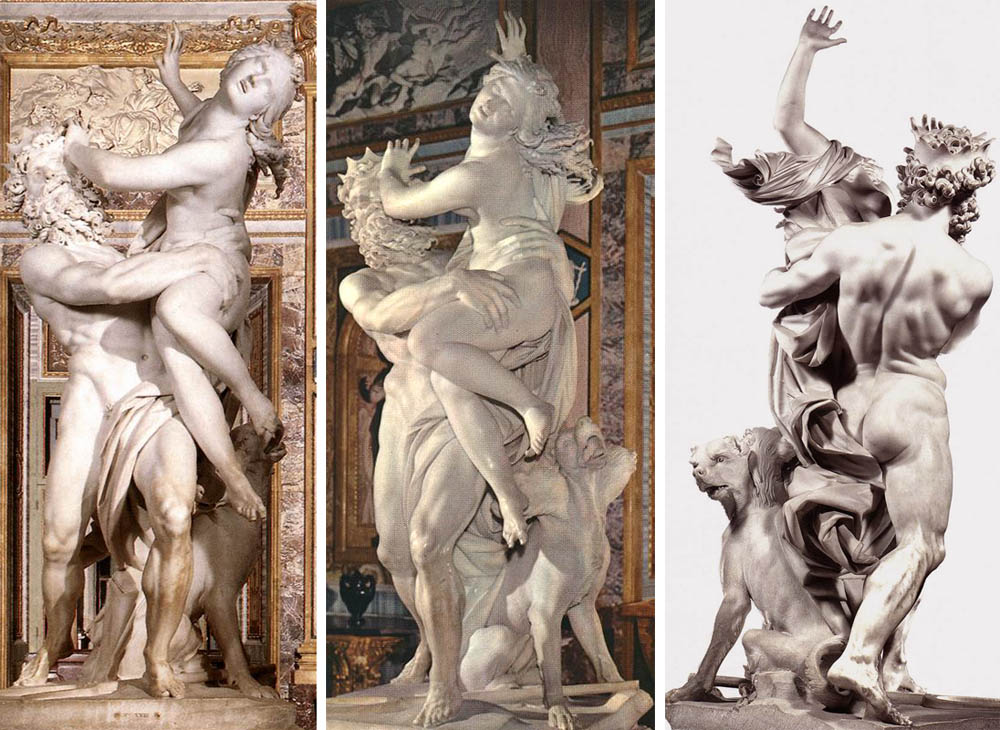 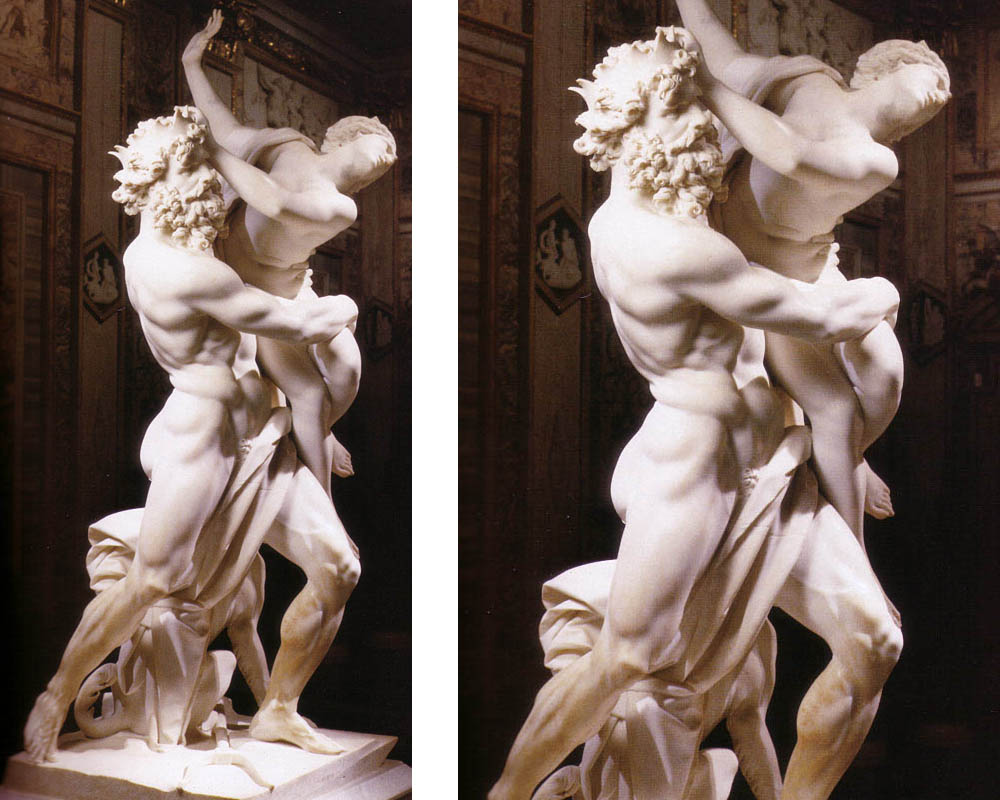 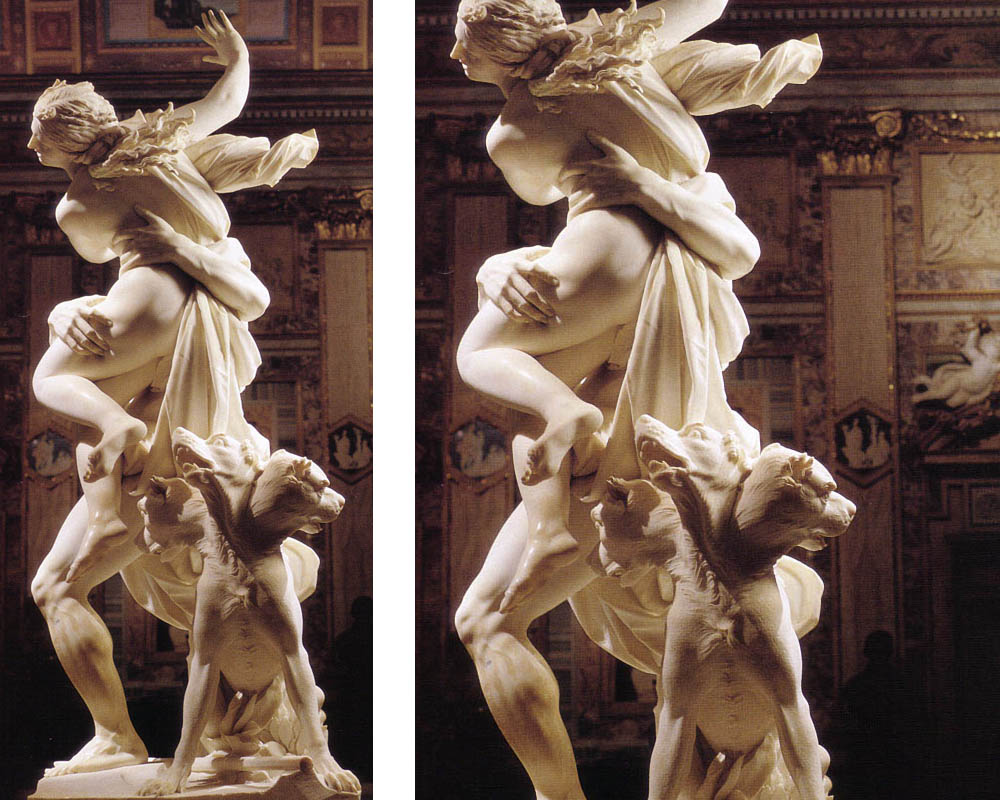 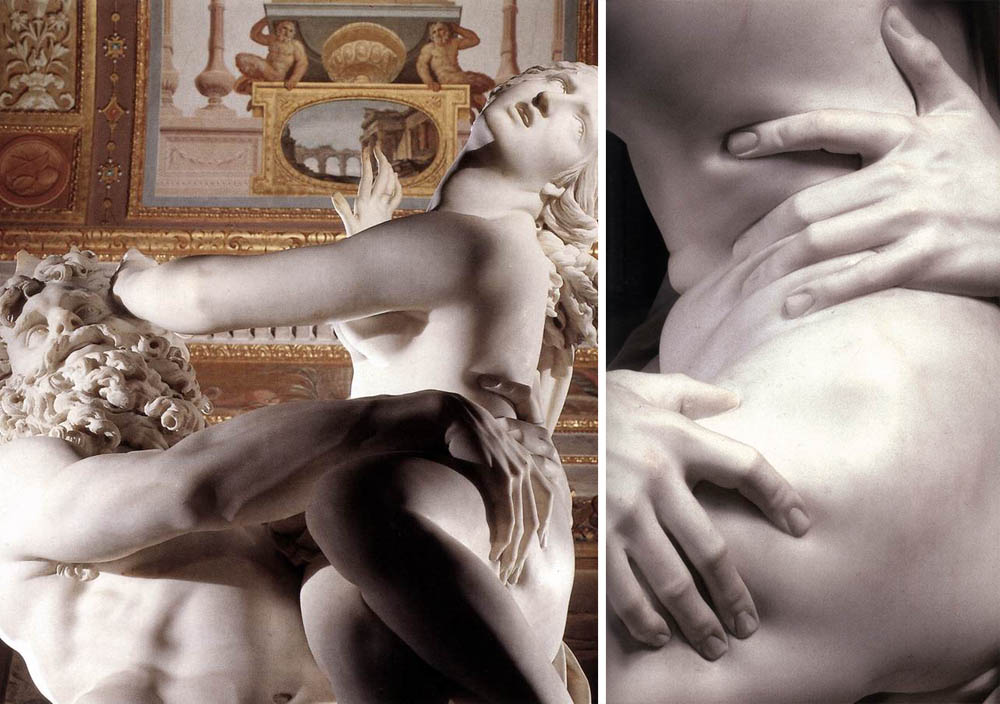