Born at Montevarchi, the son of an aristocratic Tuscan cavalry captain, Soldani was employed by the Medici for his entire career. He was the finest bronze caster in Europe in the late 17th century. He began training in the Medici school in Florence, and attracted the attention of the Grand Duke Cosimo III de' Medici who sent Soldani-Benzi to Rome to complete his training in sculpture and coin-making. During his four years in Rome, Cosimo forbad him to work for others, although Queen Christina of Sweden wanted to commission work from him. After his return from Rome, Cosimo sent the artist to work with a famous medallist in Paris. Again in deference to Cosimo, Soldani-Benzi refused overtures from Louis XIV and, cutting short his visit, returned to Florence, where he was made director of the Grand-ducal Mint (Maestro dei Coni), and had a workshop in the Uffizi. The Medicis had been equally possessive of his predecessor Giambologna.

Though trained as a medallist, Soldani-Benzi also produced bronze reliefs, and free-standing figures and busts, often after the antique, and apparently, even bronze vases. Klaus Lankheit recognized in a small bronze Pietà attributed to Soldani at the Walters Art Museum a "balanced triangular composition" that is "almost a relief in form" and suggested that it had been composed first as a relief; A more elaborate version, with additional figures, in the Kress collection at the Seattle Art Museum, was identified as by Soldani by Ultich Middeldorf. A second table bronze, Venus and the Wounded Adonis, on a richly-mounted ebony base raised on bronze paw feet, is also at the Walters Art Museum. For Johann Josef Johann Adam, Prince of Liechtenstein, he produced a series of bronze copies of works of the Medici collection.

At rare intervals he exhibited terra cotta bozzetti at the irregularly staged exhibitions of the Accademia del Disegno, Florence: in 1715 a Pietà in terracotta by "Sig. M.S."[8] A major document for his career is his autobiography, dated 1718, correspondence, and the inventory taken after his death.

After his death his heirs sold some of his wax models to marchese Carlo Ginori, who had them adapted by his chief modeller, Gaspero Bruschi, and reproduced in porcelain at his Doccia porcelain manufactory near Florence. Thus Soldani's Apollo in His Chariot, Venus Plucking the Wings of Cupid and Virtue Overpowering Vice all exist as Doccia porcelain groups.

A highly-finished terracotta relief, Agony in the Garden of Gethsemane, doubtless intended as a modello to be cast in bronze as a private devotional work, is conserved in the Metropolitan Museum of Art. 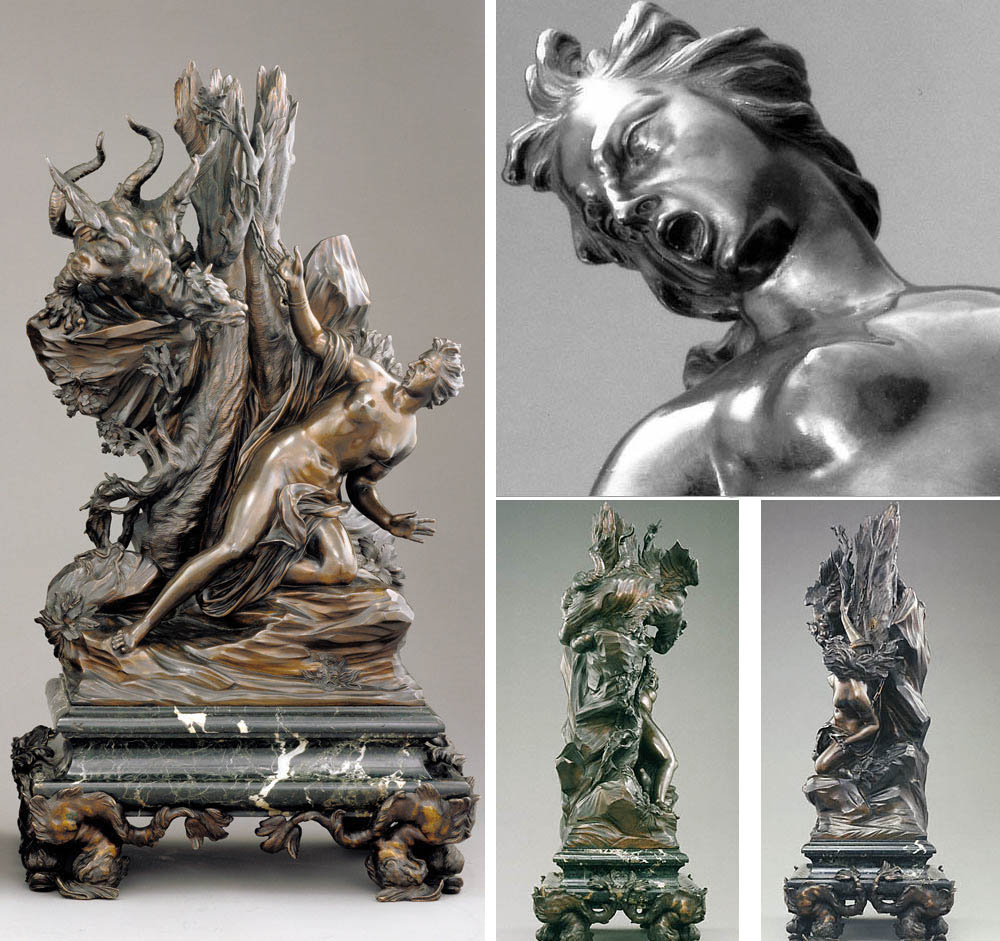 Massimiliano Soldani-Benzi. Andromeda and the Sea-Monster
1710-1716 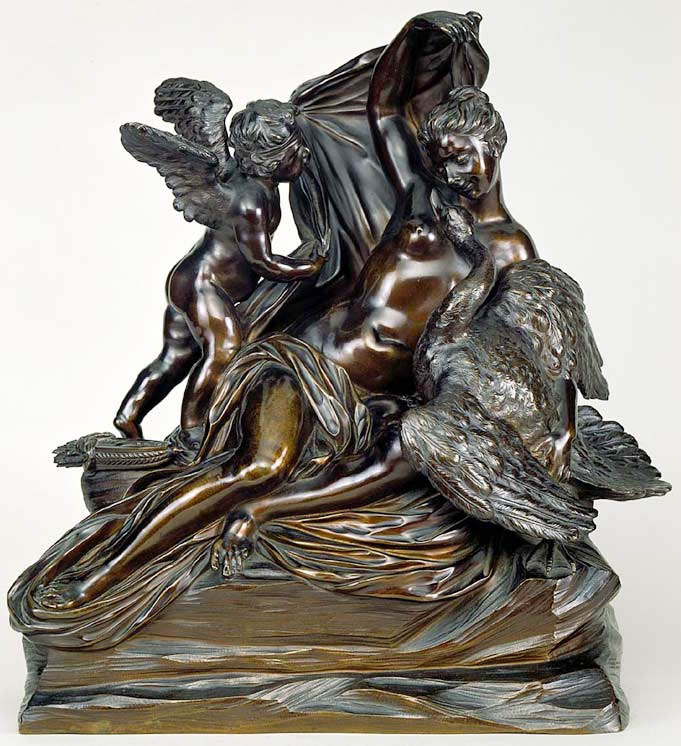 Massimiliano Soldani-Benzi. Leda and the swan 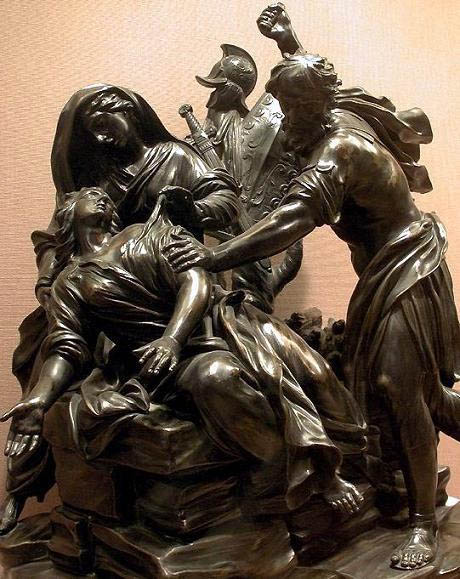 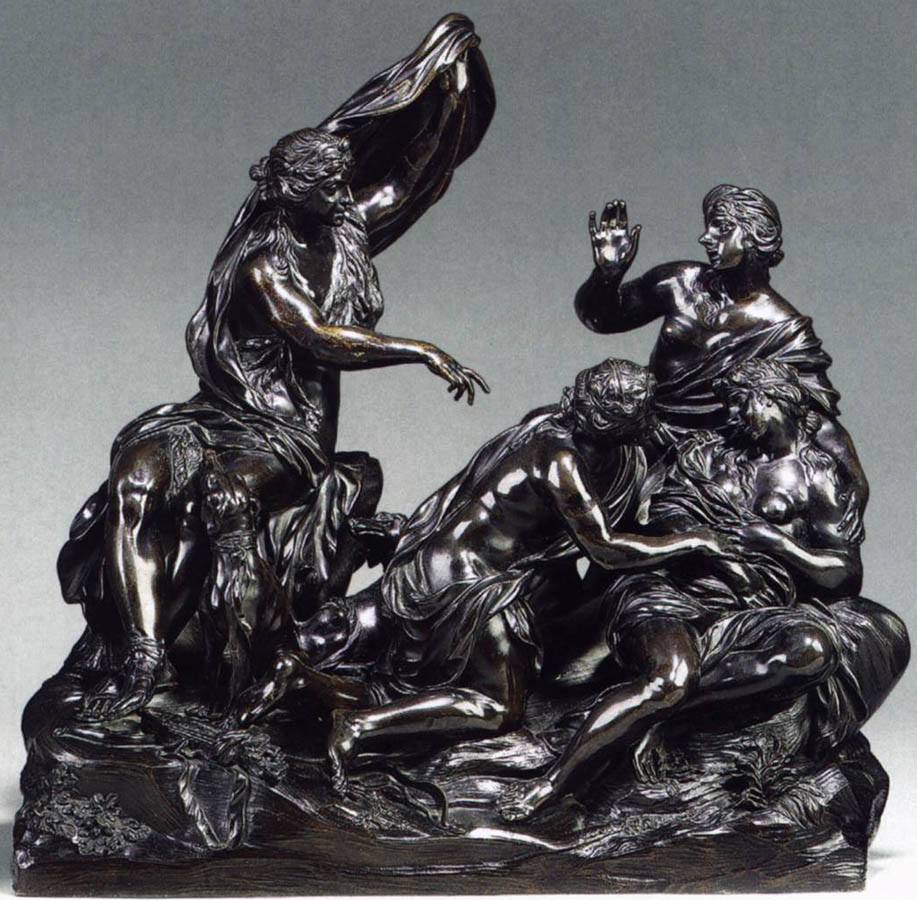 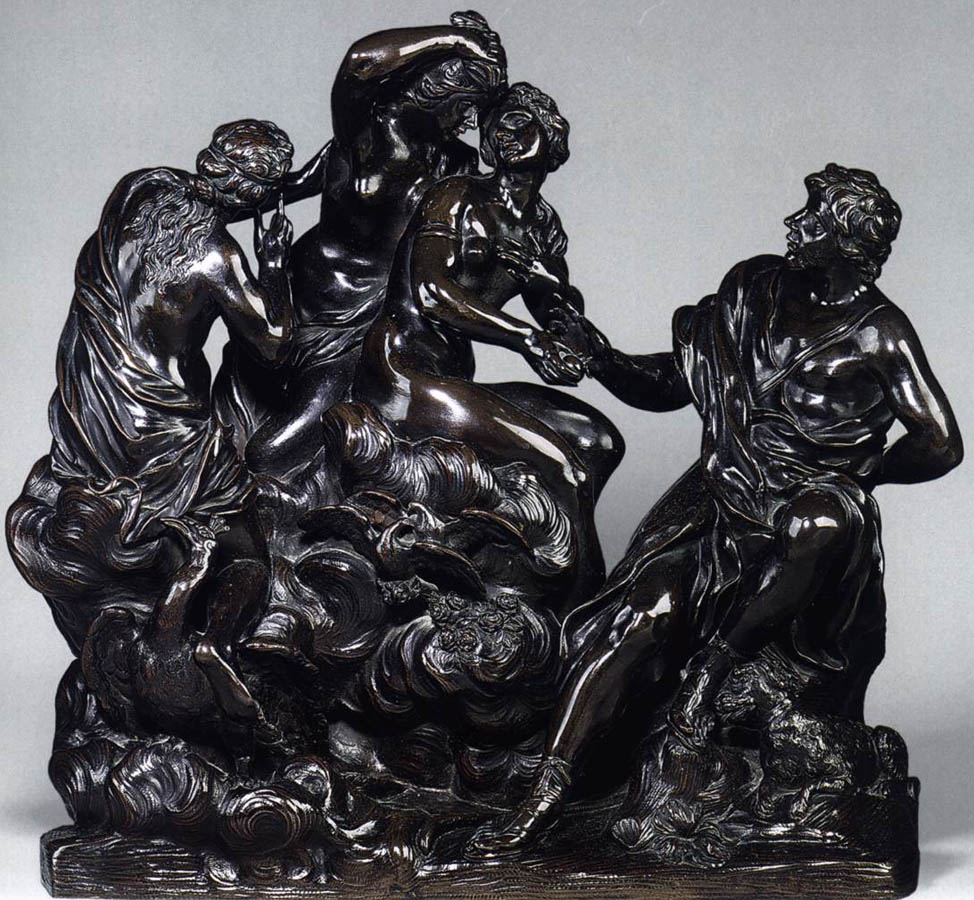 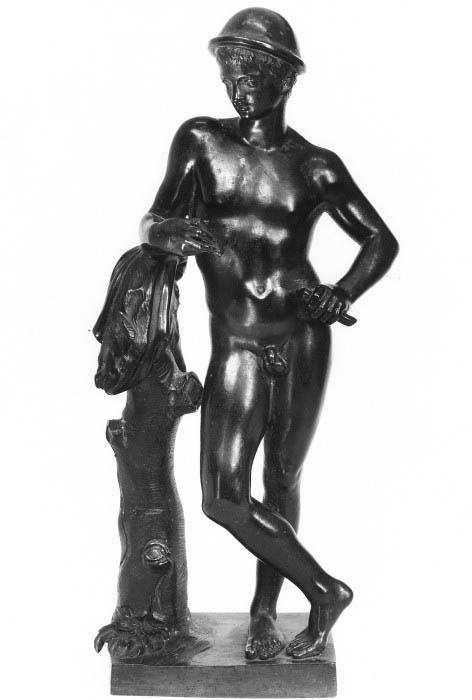 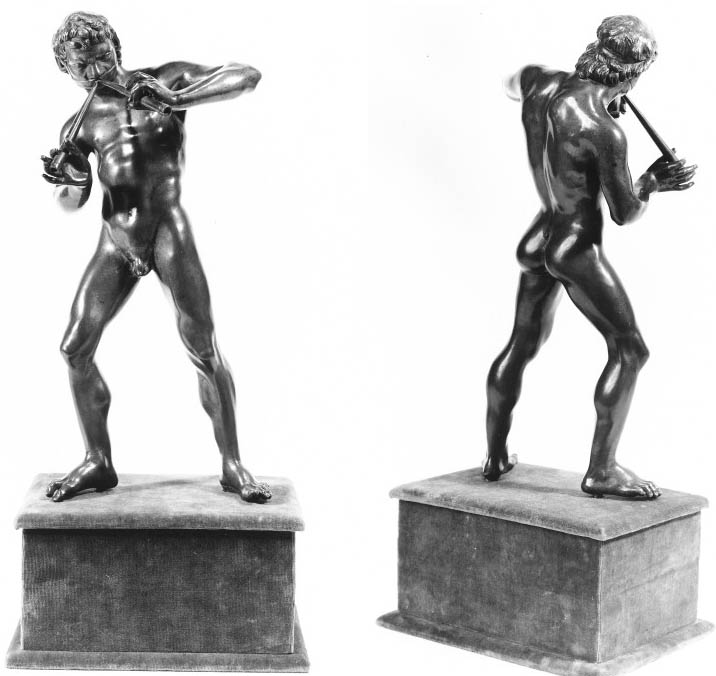 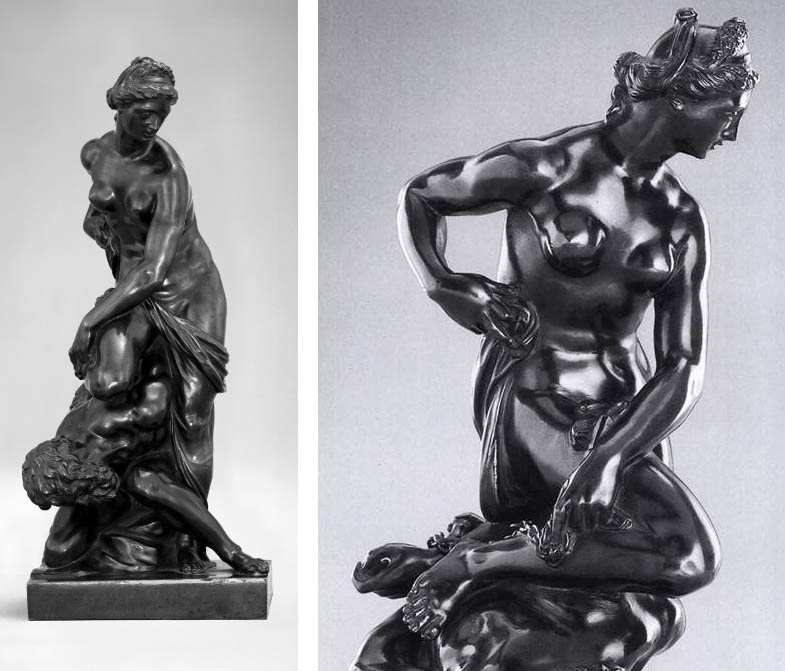 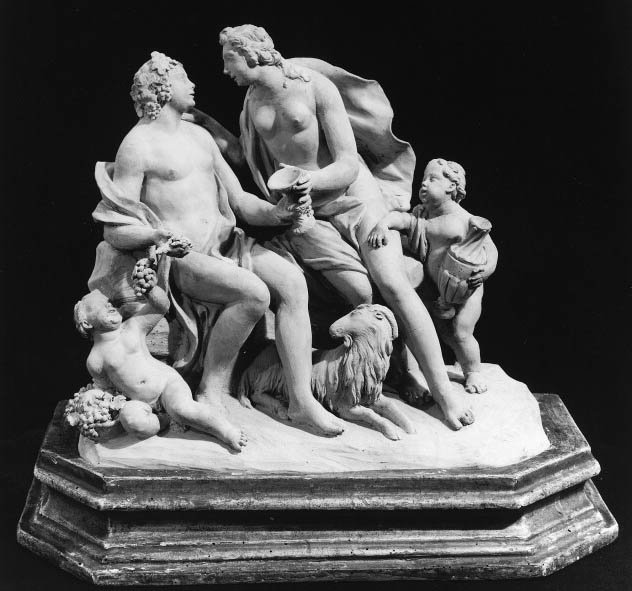 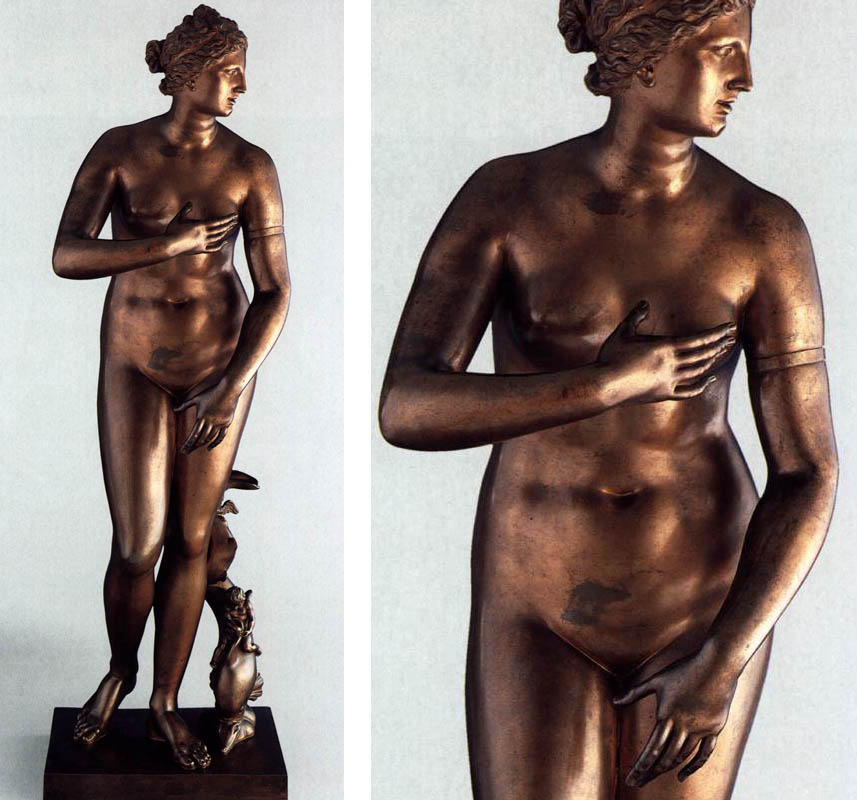 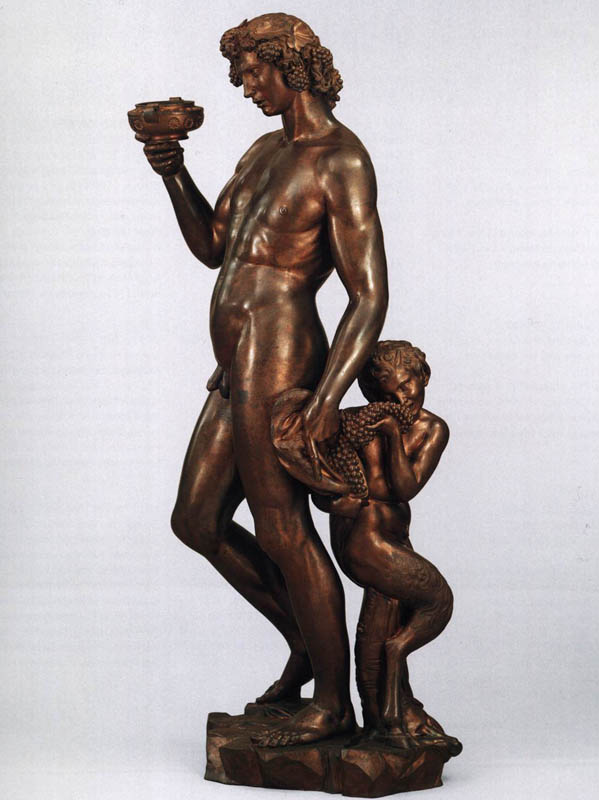 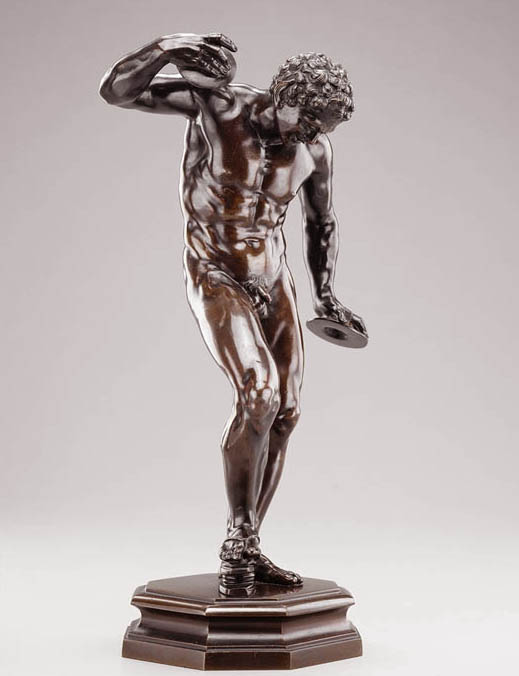 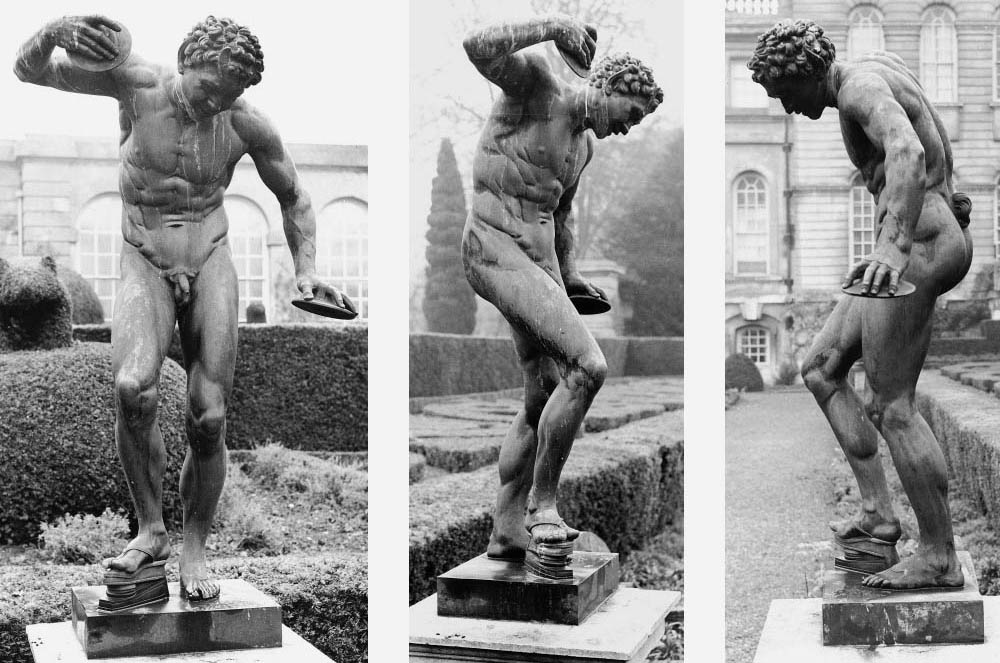 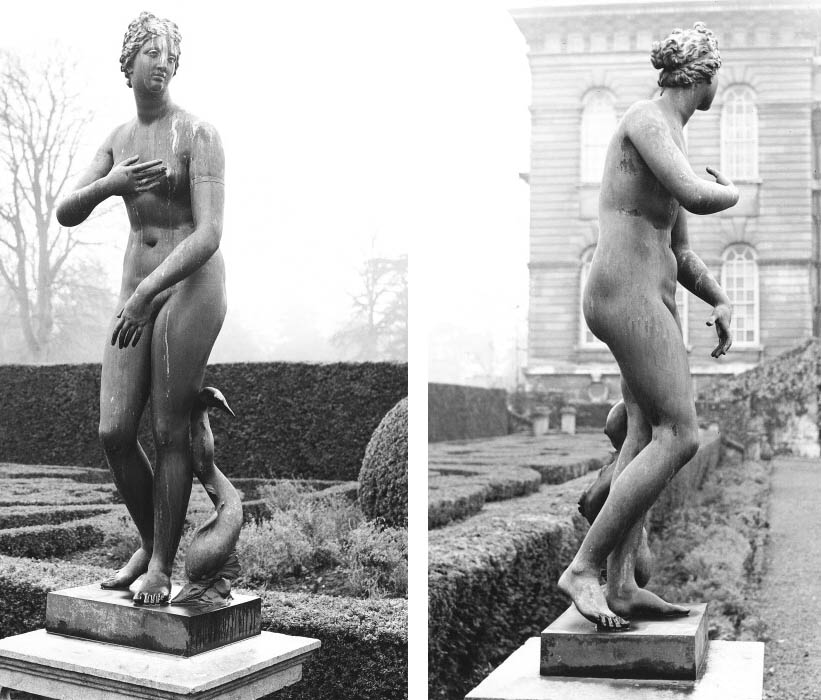 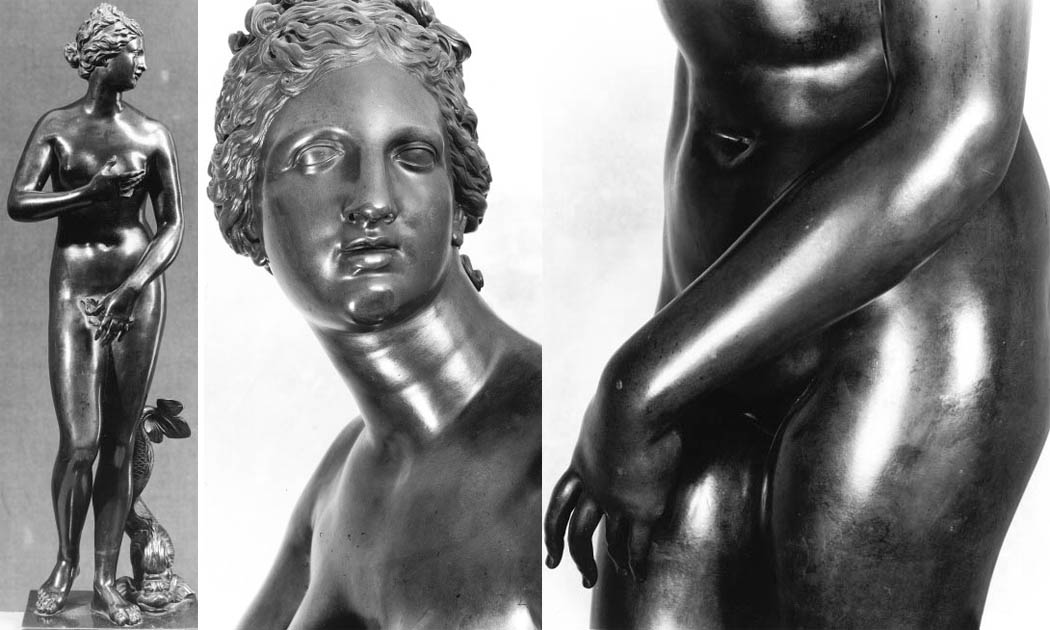 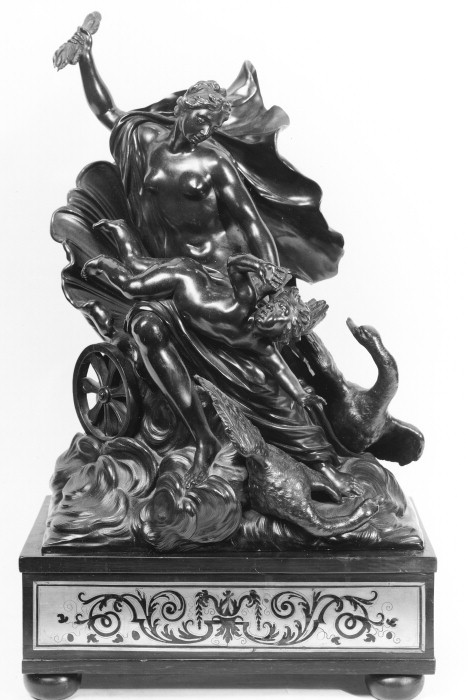