(1504-1570), Cellini's rival at the court of Francis I. A man of many talents, Primaticcio designed the interior decoration of some of the main rooms in the royal chateau of Fontainebleau, combining painted scenes and a richly sculptured stucco framework. The section shown in figure 696 caters to the same aristocratic taste that admired Cellini's saltcellar. The four maidens are not burdened with any specific allegorical significance—their role recalls the nudes of the Sistine Ceiling—but perform a task for which they seem equally ill-fitted: they reinforce the piers that sustain the ceiling. 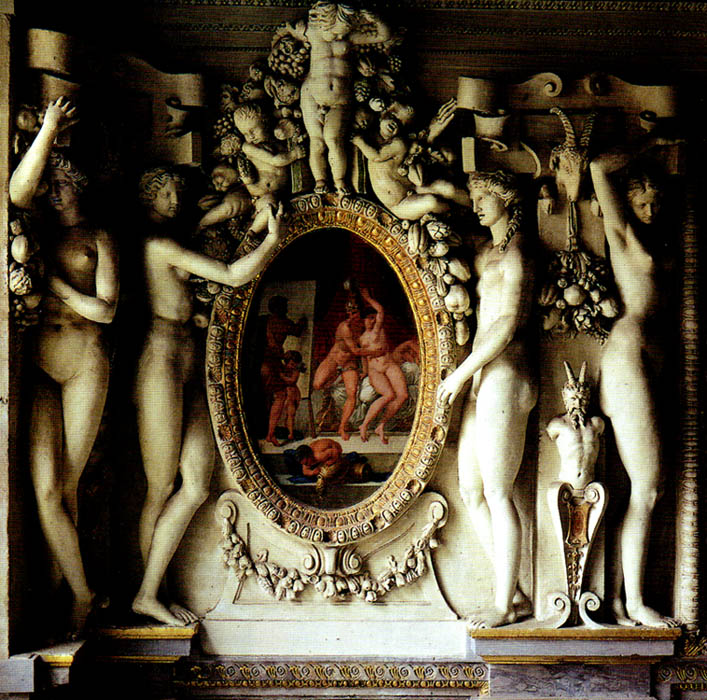 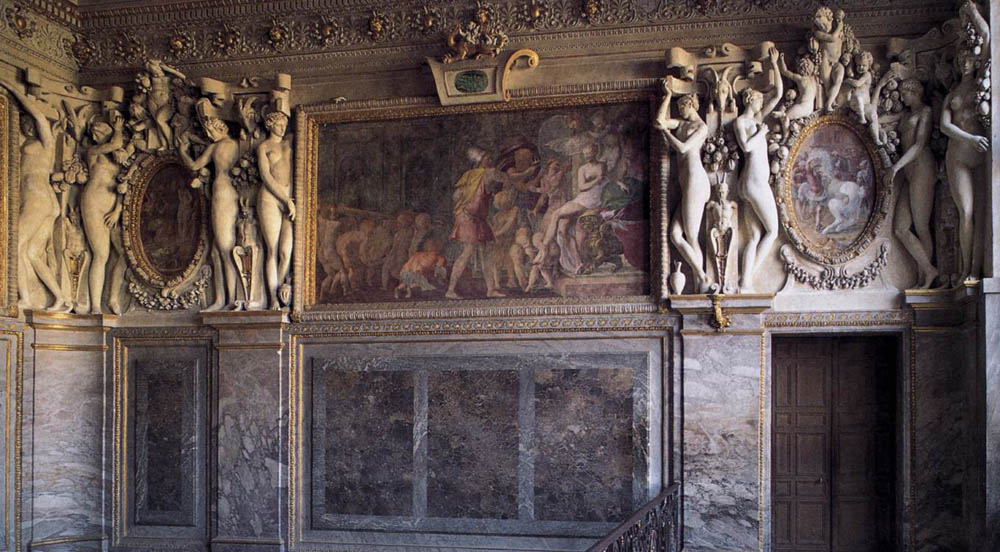 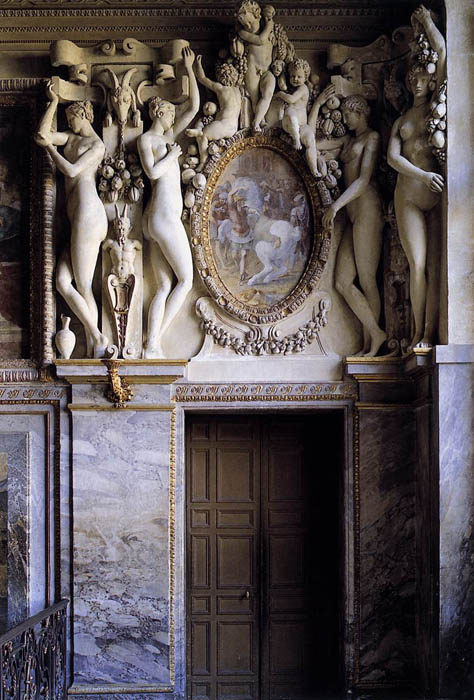 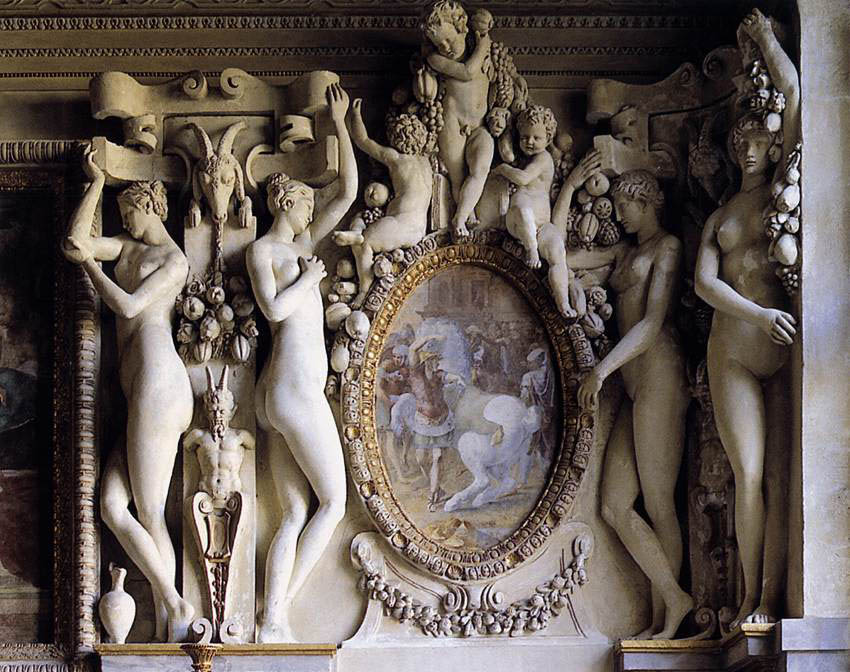 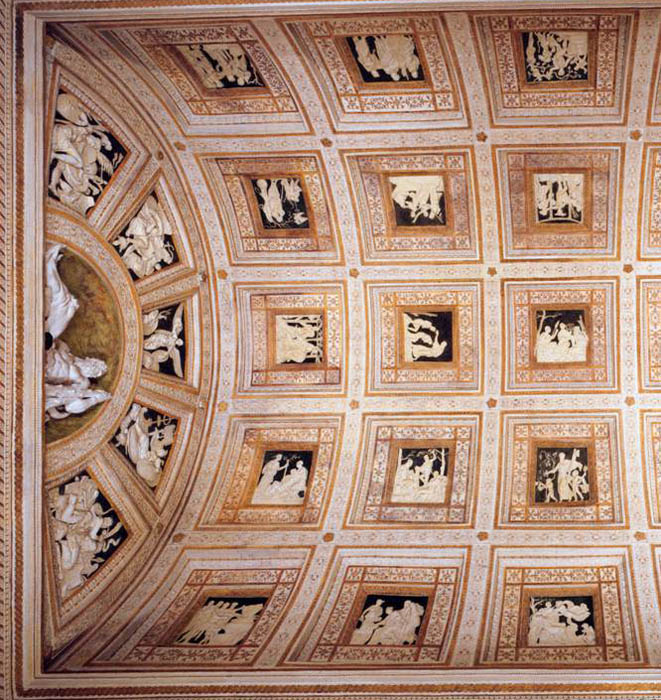 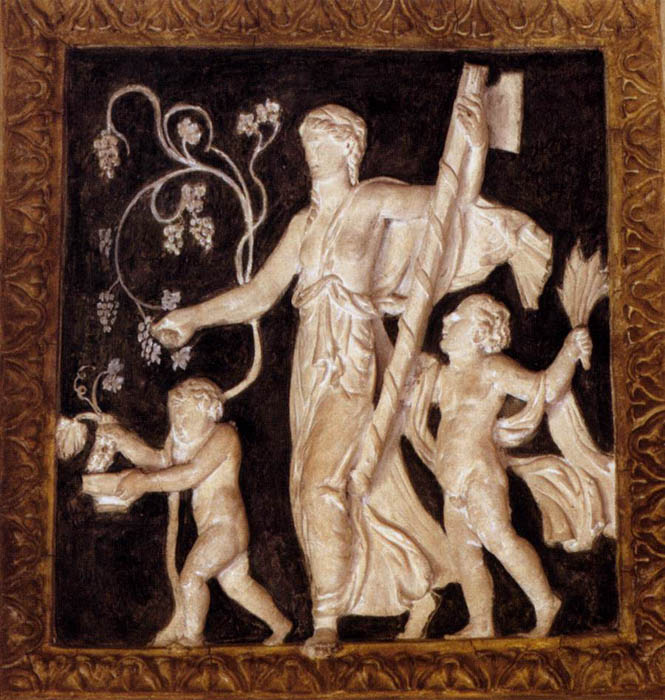 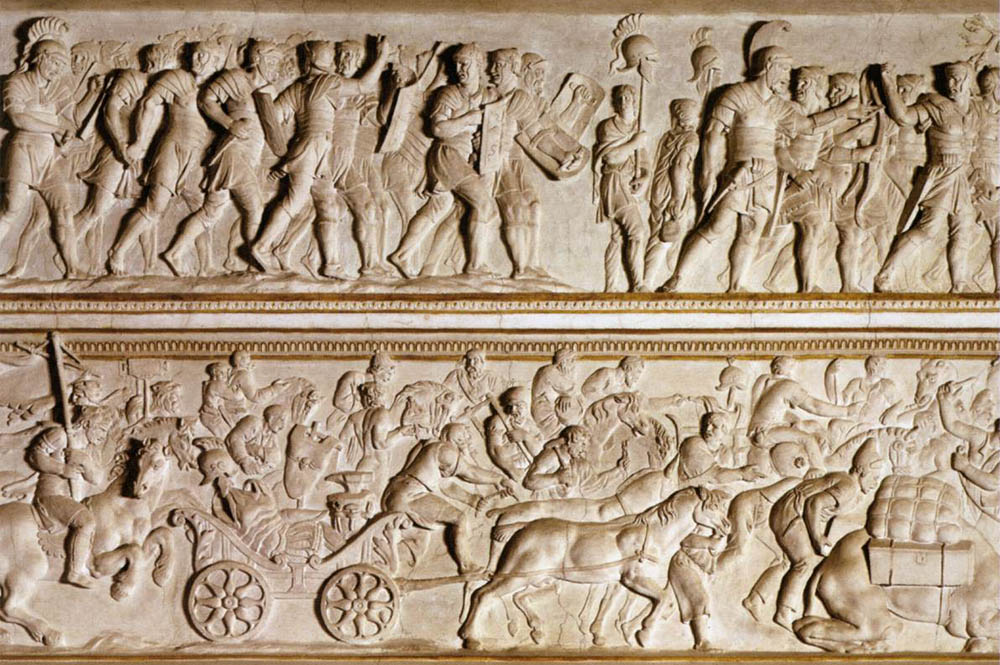