We have not encountered the architecture of Venice since the Ca' d'Oro (see fig.

484), for it remained outside the mainstream of the Renaissance. Its essential characteristics were defined by Jacopo Sansovino (1486-1570), a minor Florentine sculptor of incipient Mannerist persuasion from the circle of Raphael who settled there after the Sack of Rome in 1527 and established himself as the chief architect of the city. Not surprisingly, his buildings are remarkably sculptural in treatment. Indeed, his masterpiece, the Library of St. Mark's (fig. 701) facing the Piazzetta along the Grand Canal, looks like nothing so much as a huge wedding cake, so luxurious is the sculptural encrustation. The street-level arcade consists of the Roman Doric order, inspired by the Colosseum (see fig. 247), while the upper one shows an unusually elaborate treatment of the Ionic order (including triple engaged columns) surmounted by a garlanded entablature. The ensemble is capped off by a balustrade, with lifesize statues over every column cluster and obelisks at each corner. Although there is not a solid wall anywhere on the facade, the extravagant ornamentation creates an effect of ponderous opulence. The Library set a new standard for lavish architecture. Sansovino's style was so authoritative that it enjoyed classic status and was followed in Venice for the remainder of the century. Nevertheless, we have left the commanding logic of the High Renaissance far behind.

Stranger still is the Mint to the left of the Library. Once again the facade has been penetrated wherever possible, but the results are yet more massive. Though of equal height, the rusticated arcade seems barely able to sustain the weight of the upper two stories (the top story was added belatedly around

1560), which feature unique corkscrew columns and support heavy cornices. We seem on the verge of Mannerism, but a glance at Ammanati's Pitti courtyard (see fig. 700) will convince us of the differences. Art historians have yet to find a term adequate to this grandiose style. 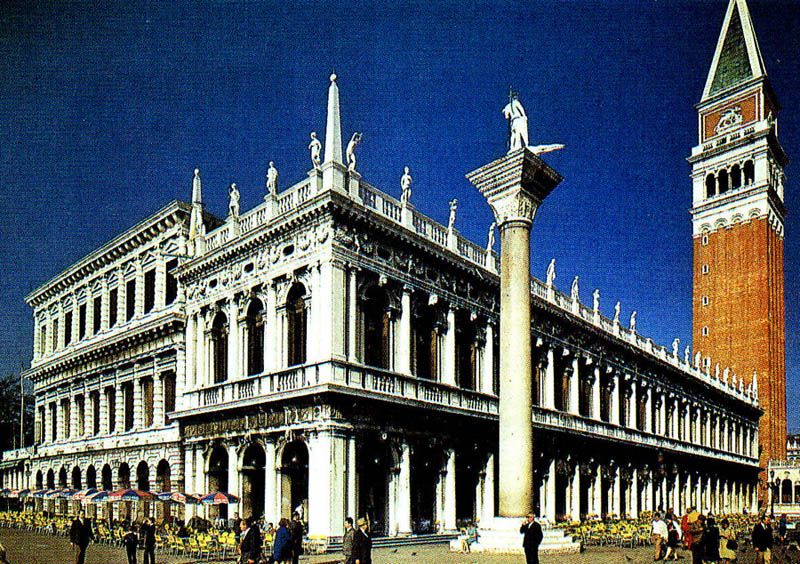 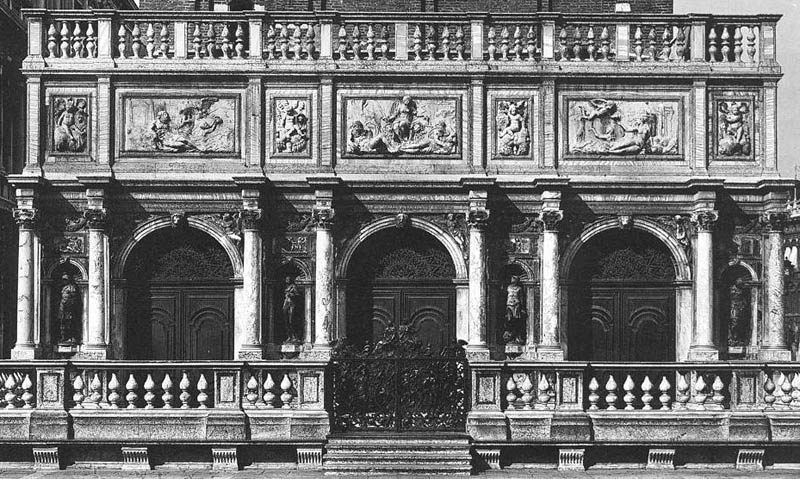 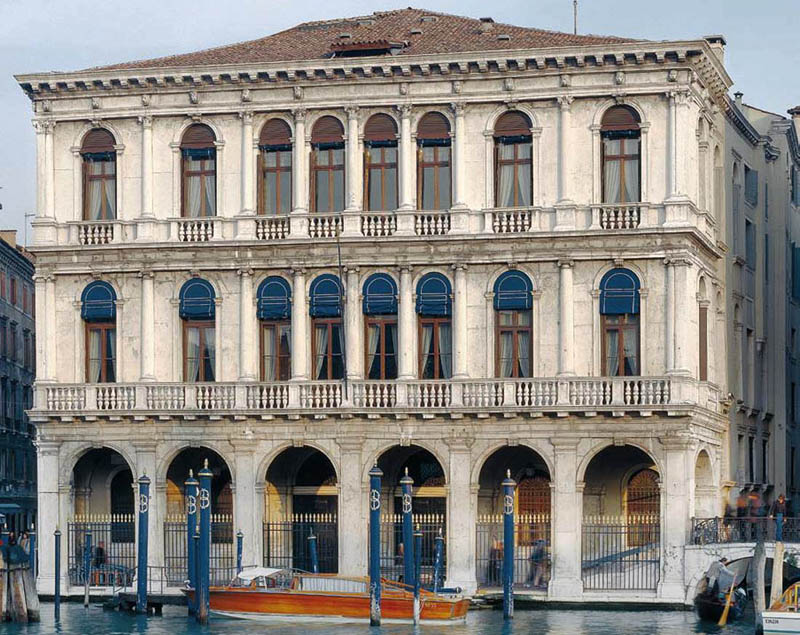 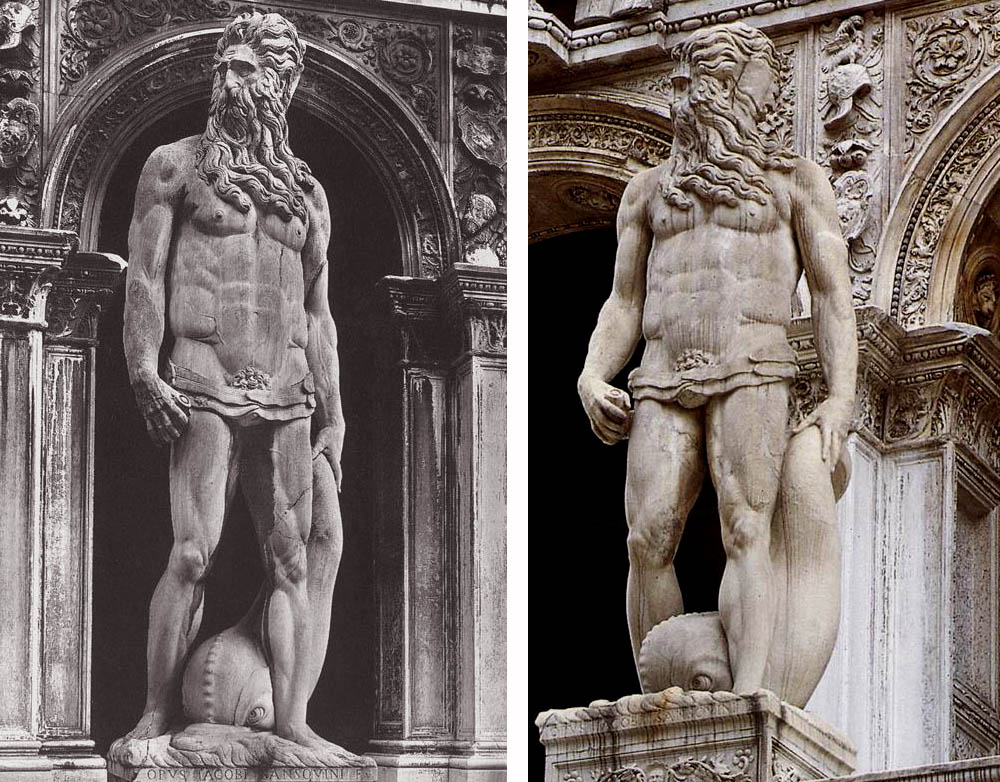 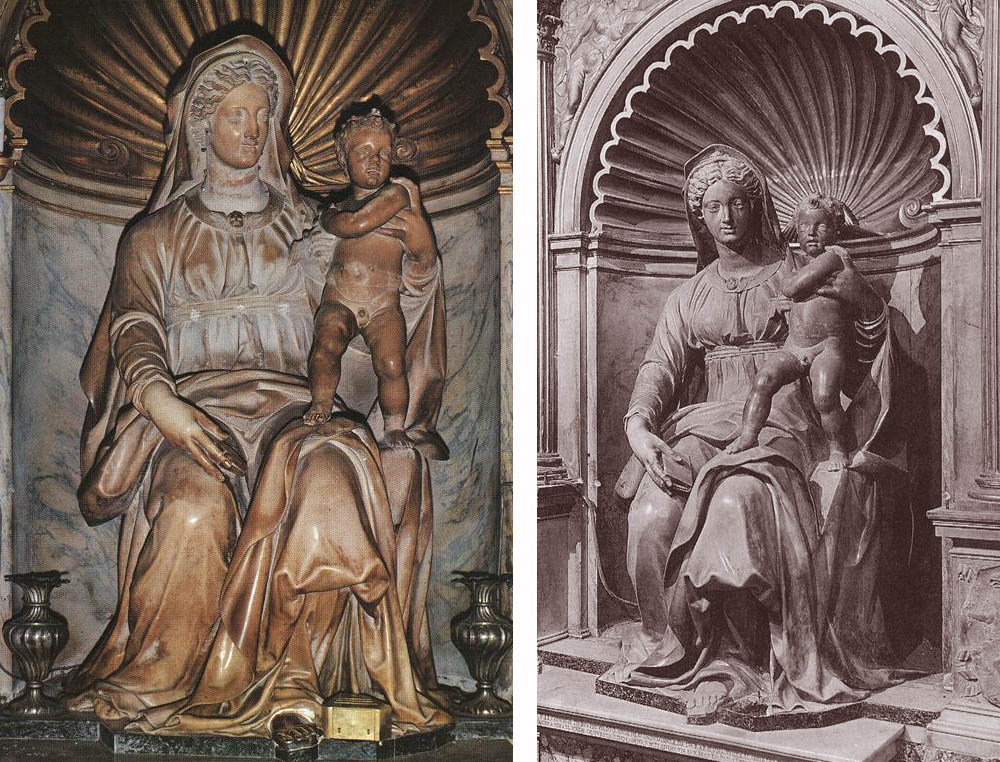 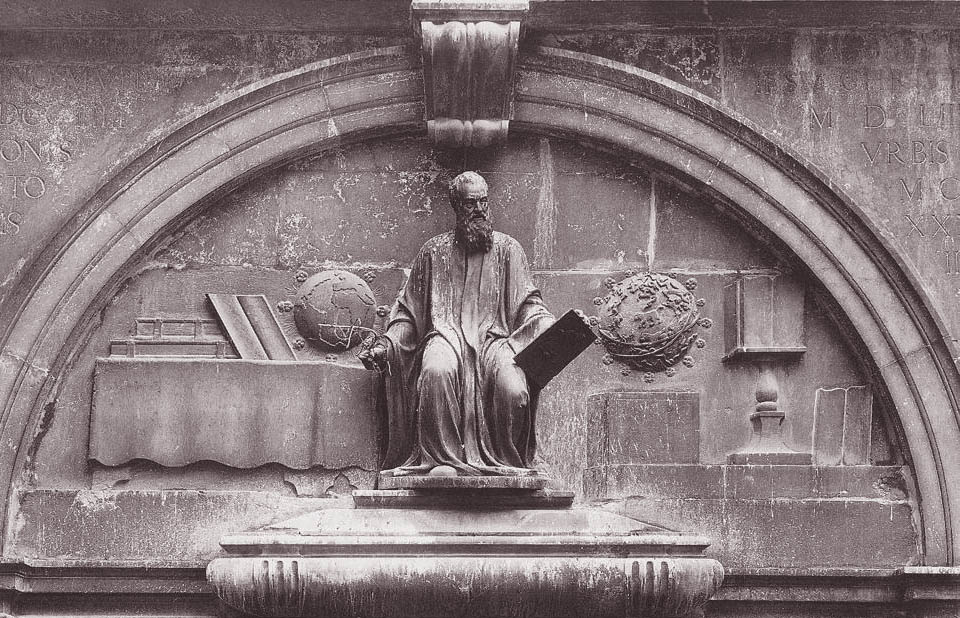