The same is true of the courtyard of the Palazzo Pitti (fig. 700) by Michelangelo's protege, the sculptor Bartolomeo Ammanati (1511-1592), despite its display of muscularity. Here the three-story scheme of superimposed orders, derived from the Colosseum, has been overlaid with an extravagant pattern of rustication that "imprisons" the columns, reducing them to an oddly passive role. These welts disguise rather than enhance the massiveness of the masonry, the overall corrugated texture making us think of the fancies of a pastry cook.

Ammanati had worked under Jacopo Sansovino in Venice, and the Palazzo Pitti stands in the same relation to Sansovino's Mint (fig.

701) as Vasari's Palazzo degli Uffizi does to Michelangelo's Laurentian Library. 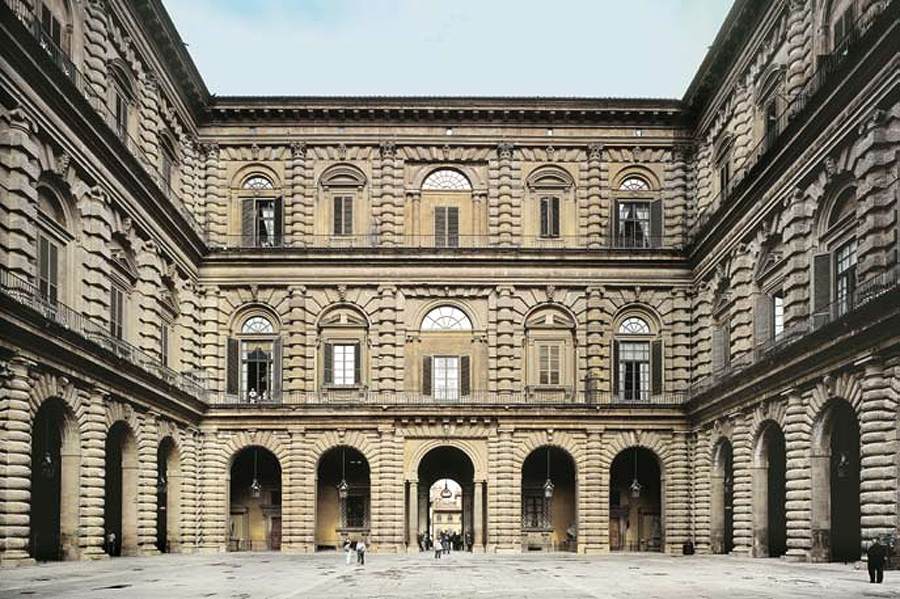 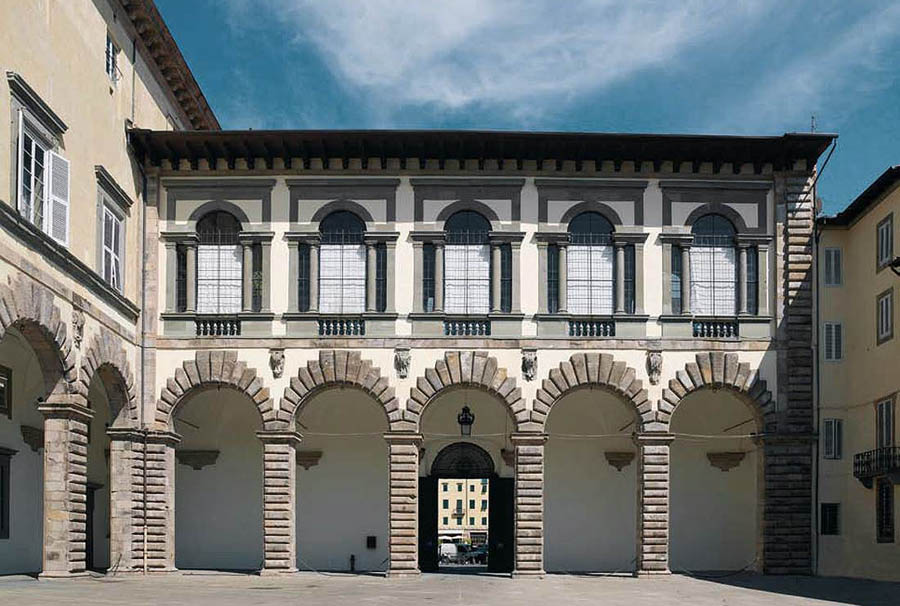 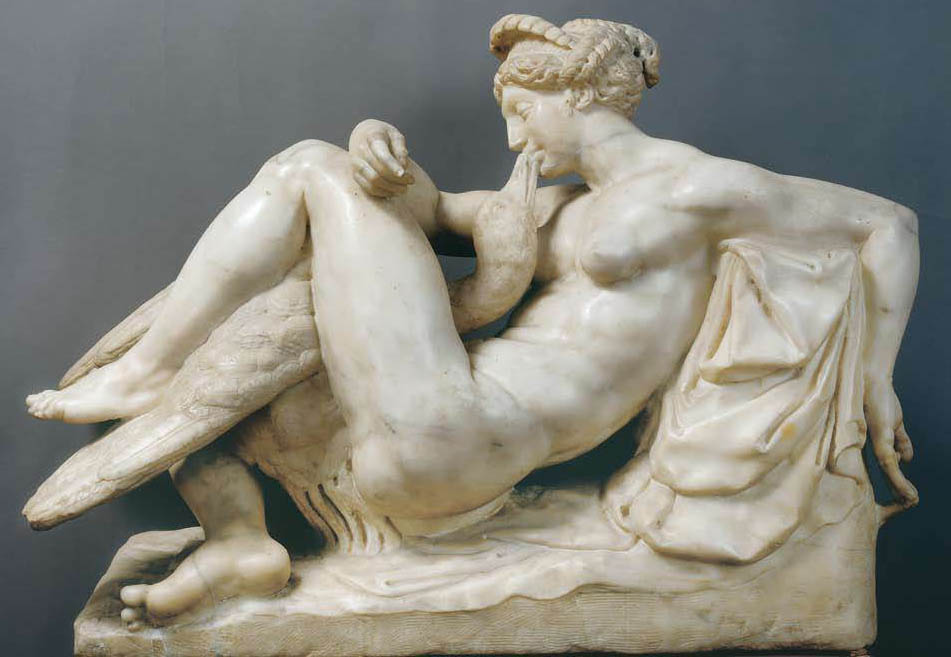 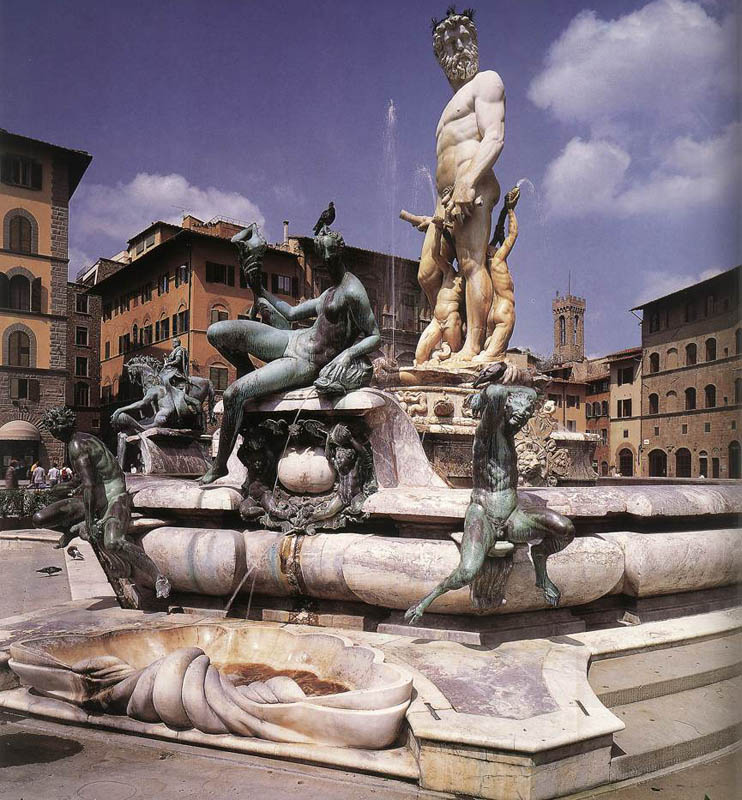 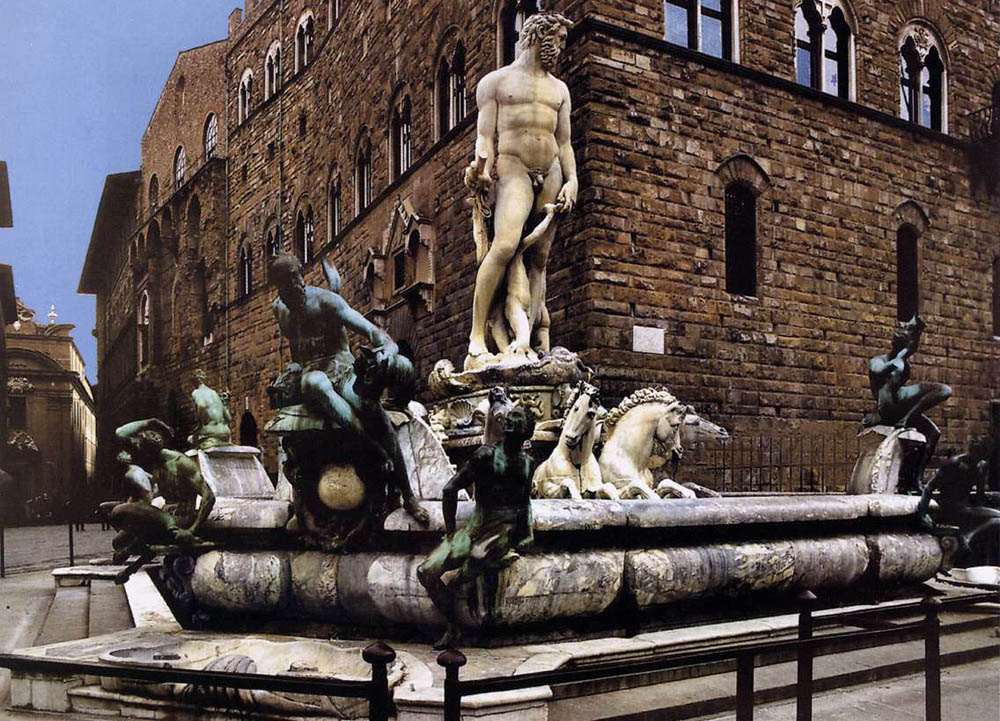 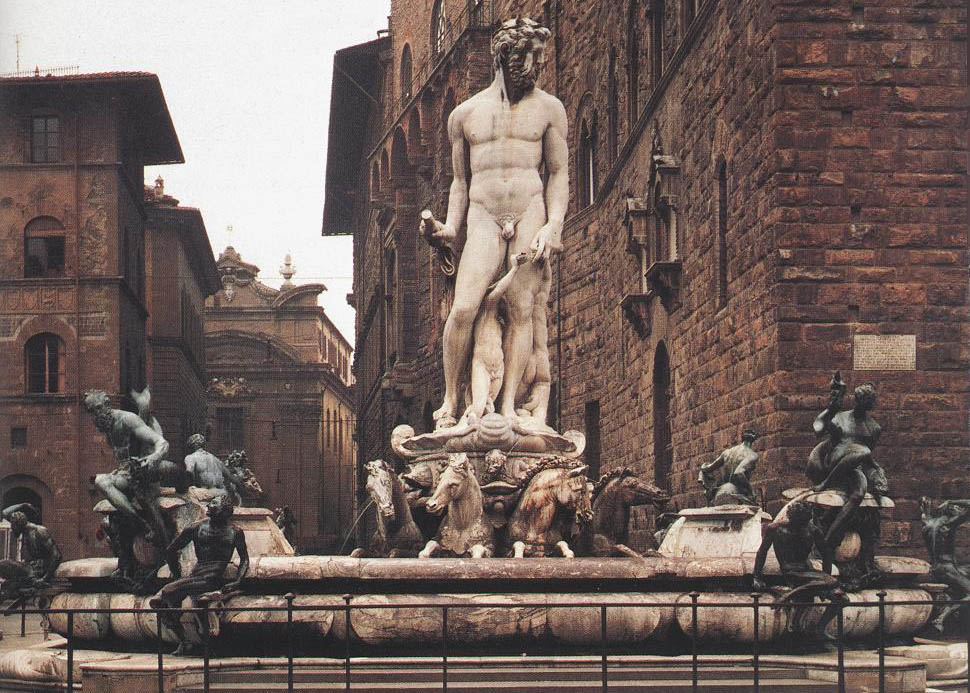 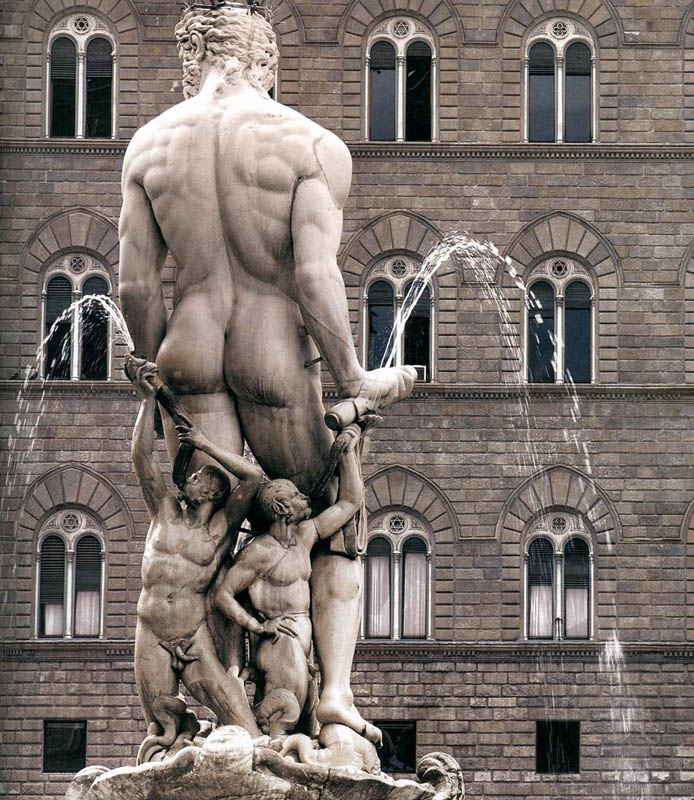 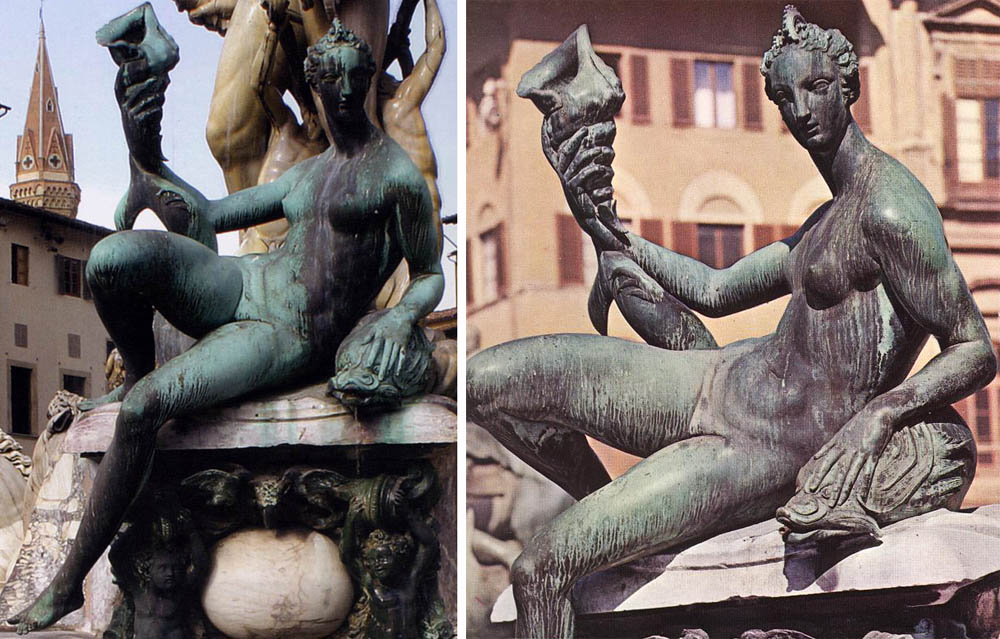 The Fountain of Neptune (detail) 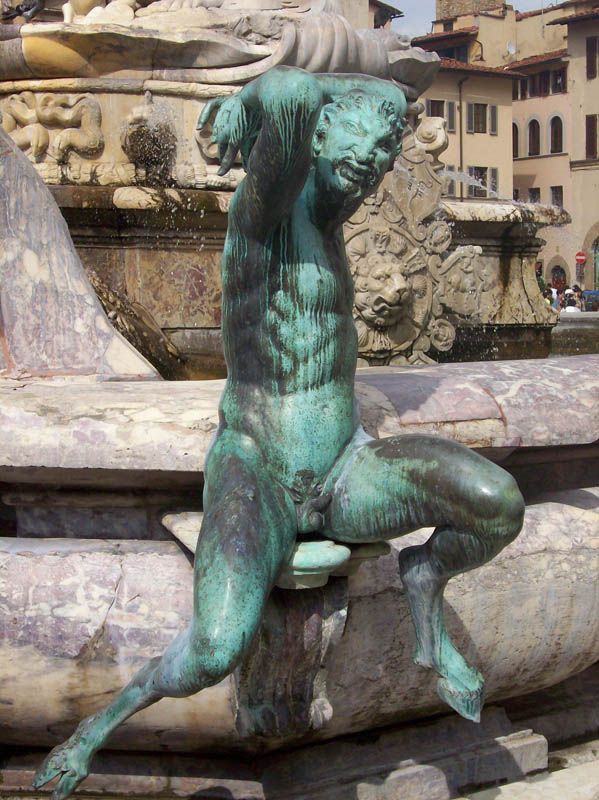 . The Fountain of Neptune (detail) 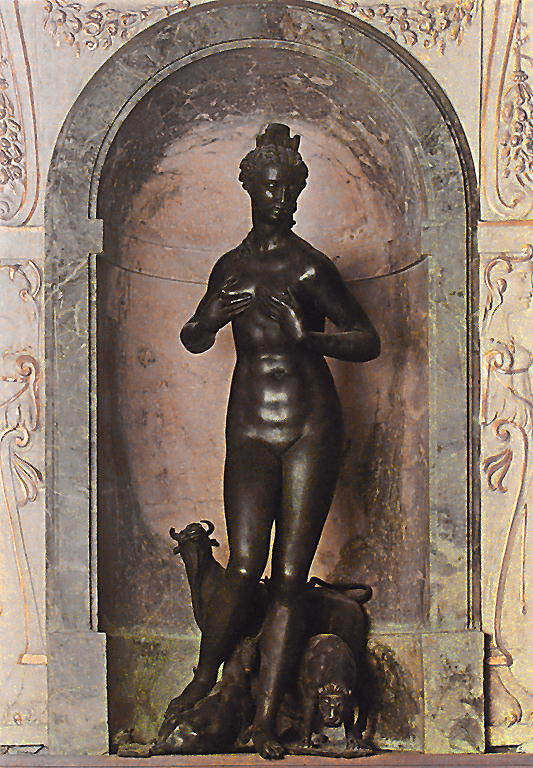 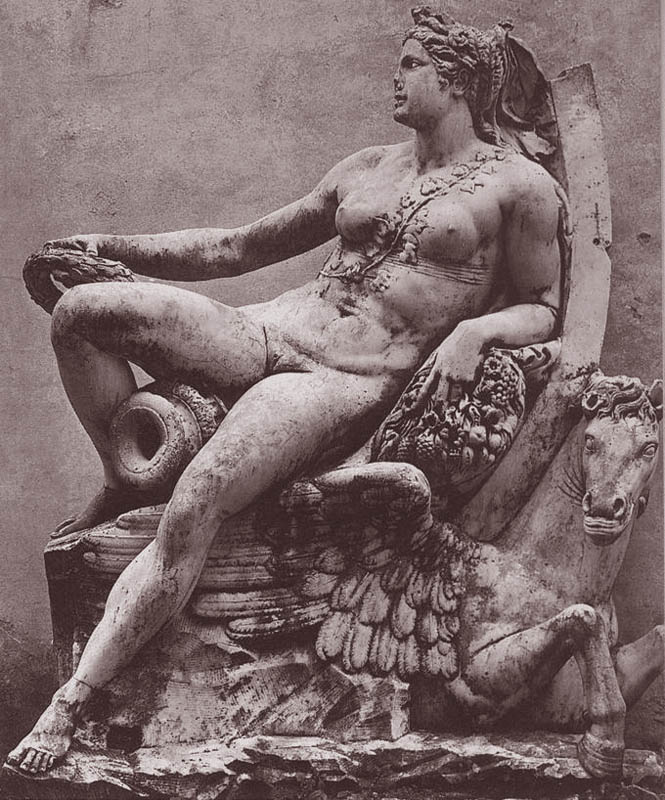 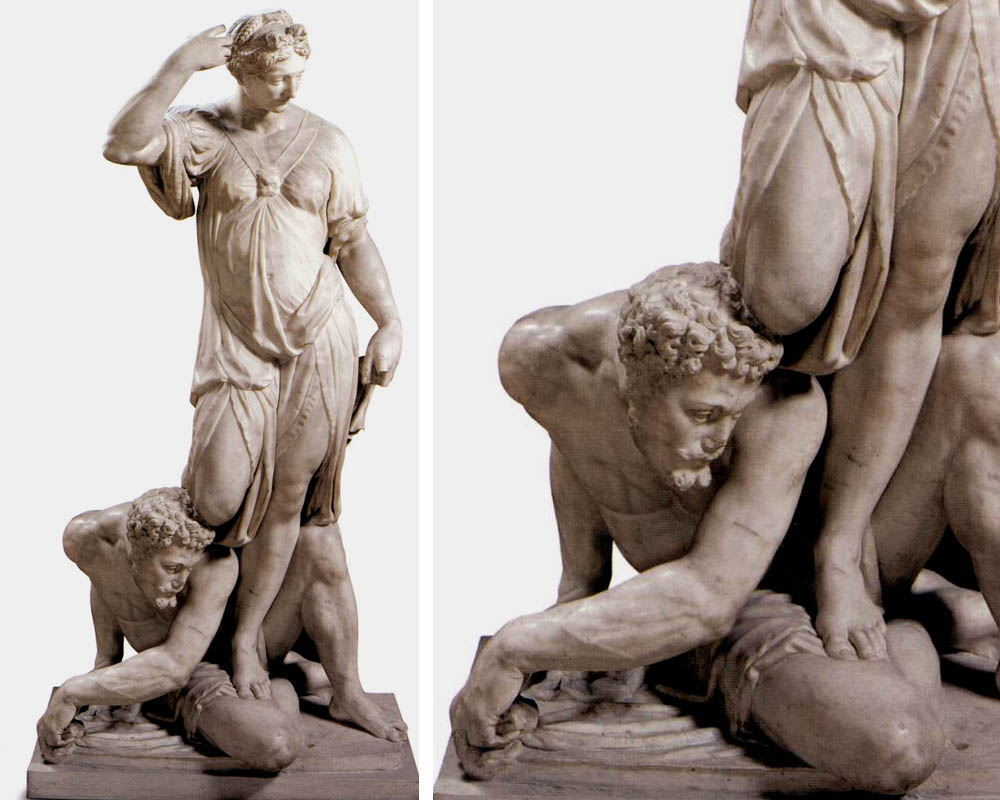 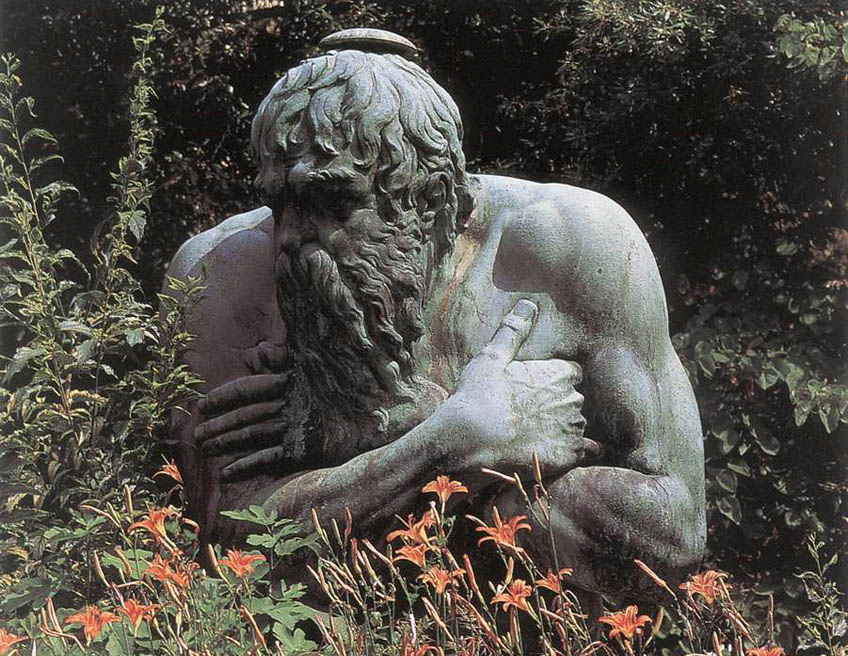