The International Style in the South

The outstanding representative of the International Style in Italian sculpture was Lorenzo Ghiberti (c. 1381-1455), a Florentine who as a youth must have had close contact with French art. We first encounter him in 1401-2, when he won a competition for a pair of richly decorated bronze doors tor the Baptistery of S. Giovanni in Florence. (It took him more than two decades to complete these doors, which fill the north portal of the building.) Each or the competing artists had to submit a trial relief, in a Gothic quatrefoil frame, representing the Sacrifice of Isaac. Ghiberti's panel (fig. 508) strikes us first of all with the perfection of its craftsmanship, which reflects his training as a goldsmith. The silky shimmer of the surfaces and the wealth of beautifully articulated detail make it easy to understand why this entry was awarded the prize. If the composition seems somewhat lacking in dramatic force, that is as characteristic of Ghiberti's calm, lyrical temper as of the taste of the period. The realism of the International Style did not extend to the realm of the emotions. The figures, in their softly draped, ample garments, retain an air of courtly elegance even when they enact scenes of violence. 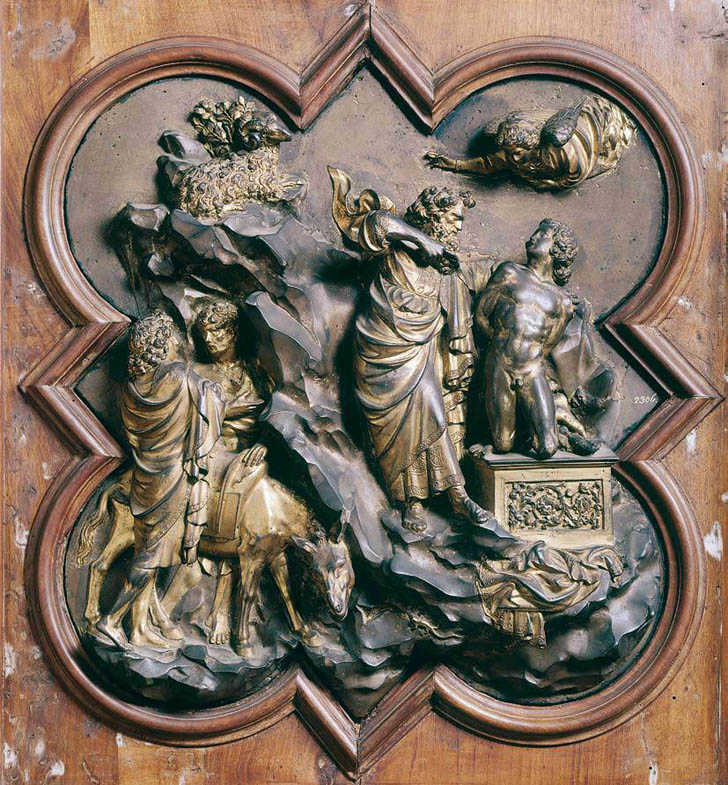 
However much his work may owe to French influence, Ghiberti proves himself thoroughly Italian in one respect: his admiration for ancient sculpture, as evidenced by the beautiful nude torso of Isaac. Here our artist revives a tradition of classicism that had reached its highest point in Nicola Pisano but had gradually died out during the fourteenth century.

But Ghiberti is also the heir of Giovanni Pisano. In Giovanni's Nativity panel (fig.

502) we noted a bold new emphasis on the spatial setting. The trial relief carries this same tendency a good deal further, achieving a far more natural sense of recession. For the first time since classical antiquity, we are made to experience the background of the panel not as a flat surface but as empty space from which the sculpted forms emerge toward the beholder, so that the angel in the upper right-hand corner seems to hover in midair. This pictorial quality relates Ghiberti's work to the painting of the International Style, where we find a similar concern with spatial depth and atmosphere. While not a revolutionary himself, he prepares the ground for the great revolution that will mark the second decade of the fifteenth century in Florentine art and that we call the Early Renaissance. 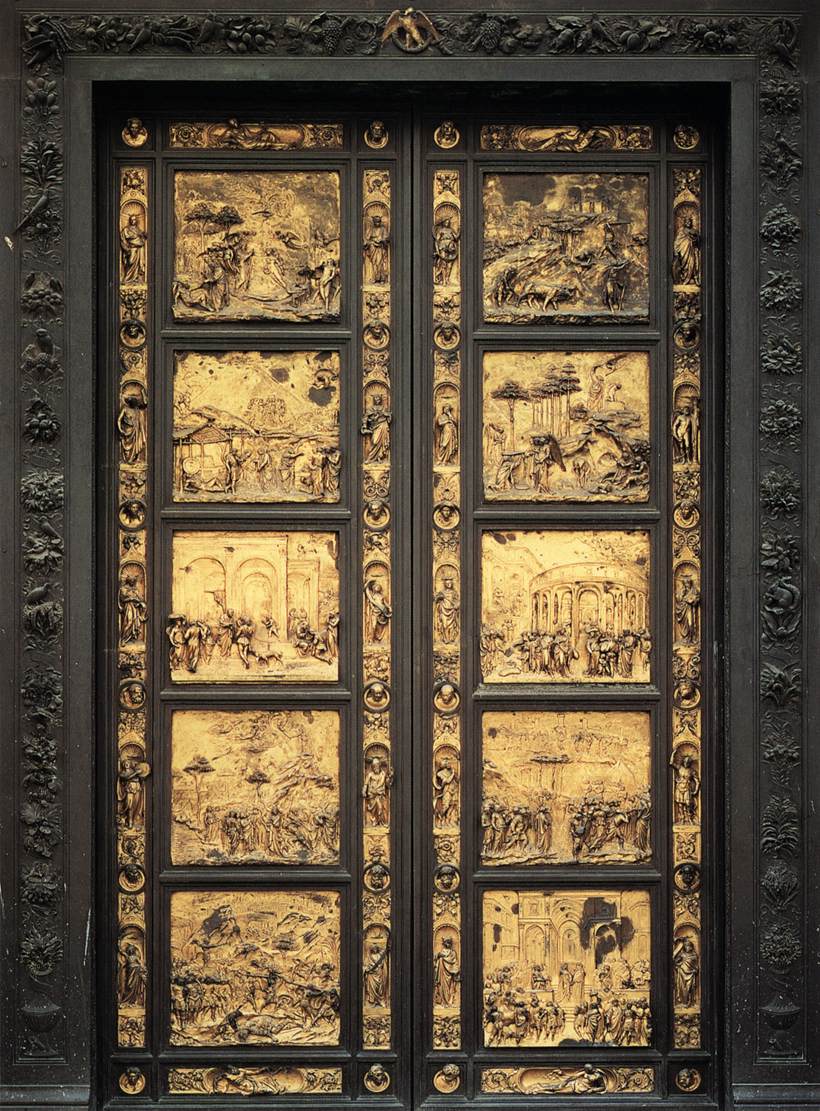 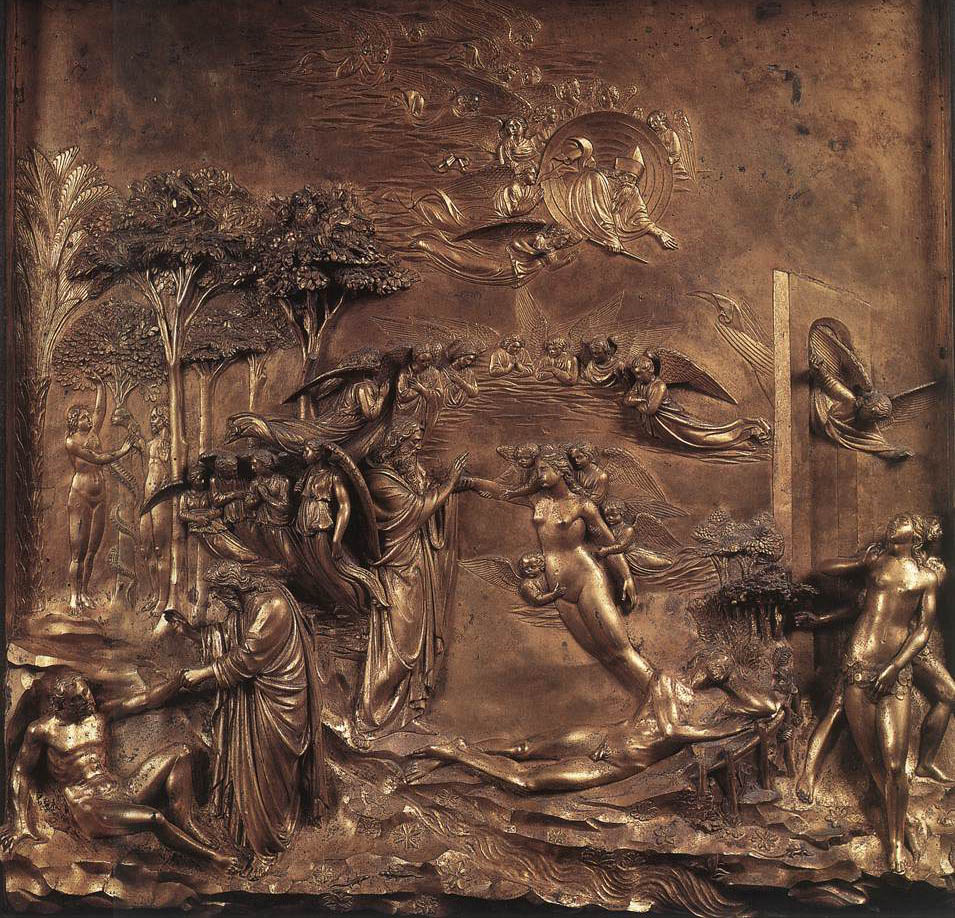 1. The Creation of Adam and Eve 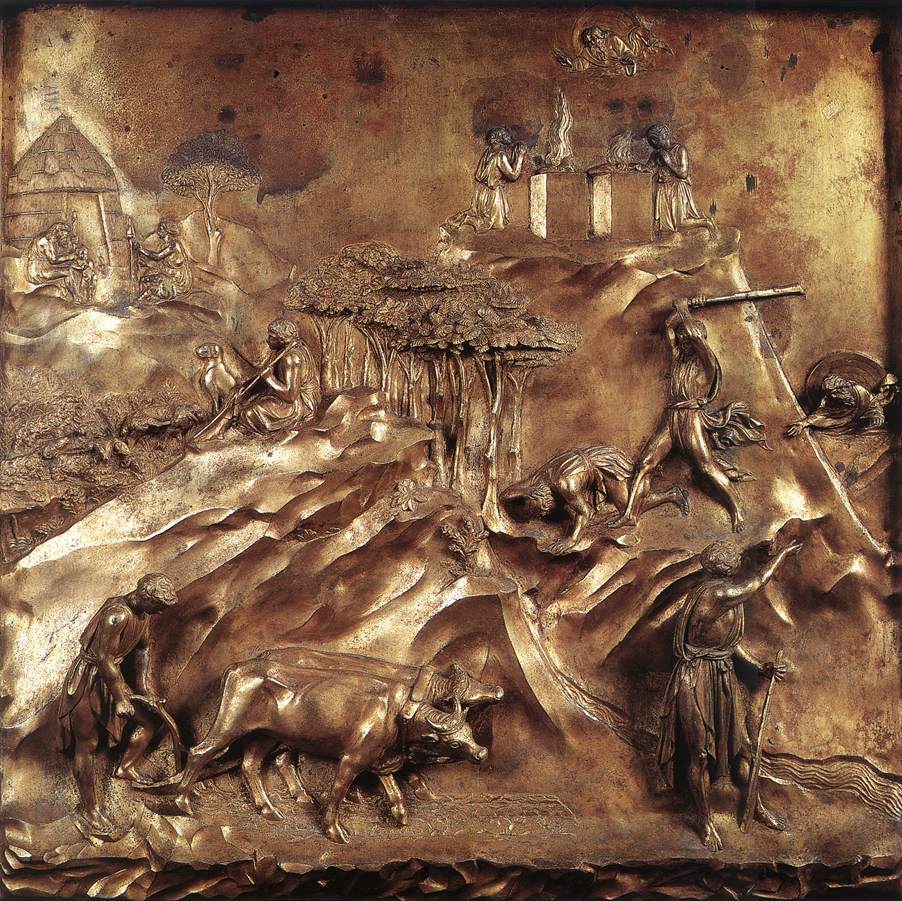 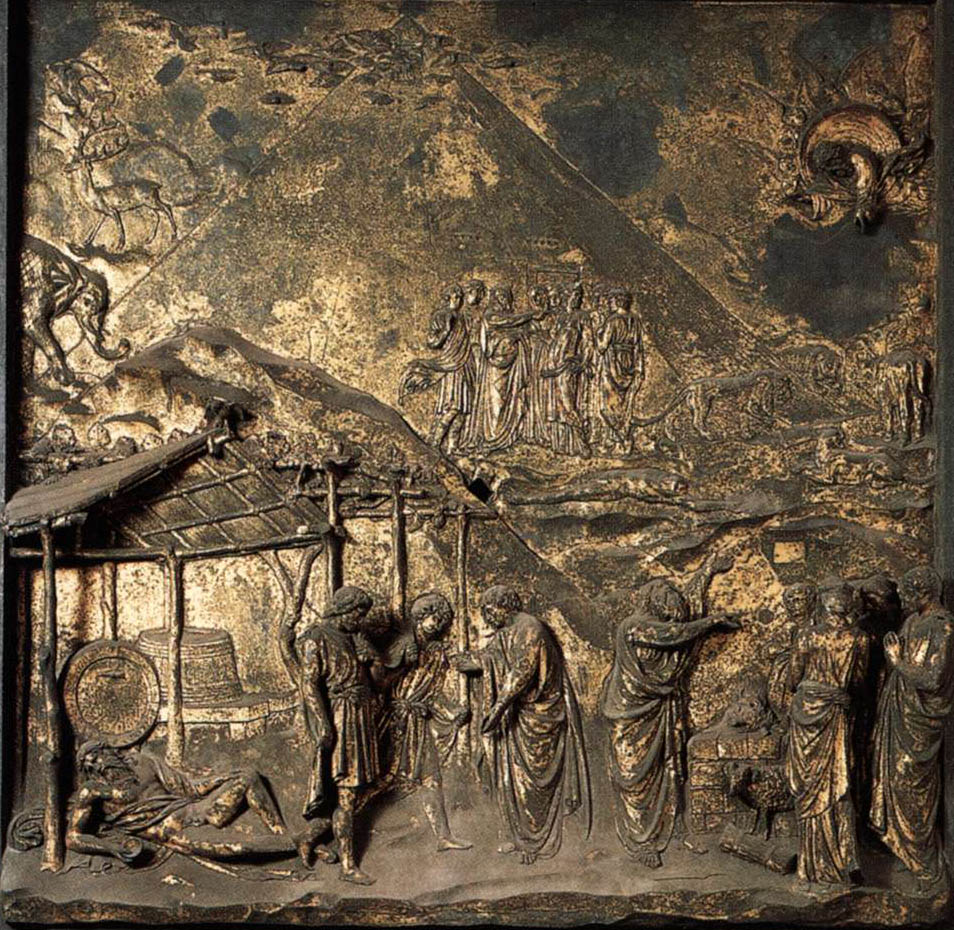 3. Noah and the Flood