The International Style in the North

The climax of this new trend came about

1400, during the period of the International Style.

Its greatest exponent was Sluter Claus , a sculptor of Netherlandish origin working for the duke of Burgundy at Dijon. The portal of the Chartreuse de Champmol (fig.

498), which he did between 1385 and 1393, recalls the monumental statuary on thirteenth-century cathedral portals, but the figures have grown so large and expansive that they almost overpower their architectural framework. This effect is due not only to their size and the bold three-dimensionality of the carving, but also to the fact that the jamb statues (Duke Philip the Bold and his wife, accompanied by their patron saints) are turned toward the Madonna on the trumeau, so that the five figures form a single, coherent unit, like the Crucifixion group at Naumburg. In both instances, the sculptural composition has simply been superimposed, however skillfully, on the shape of the doorway, not developed from it as at Chartres, Notre-Dame, or Reims. Significantly enough, the Champmol portal did not pave the way for a revival of architectural sculpture. Instead, it remained an isolated effort. 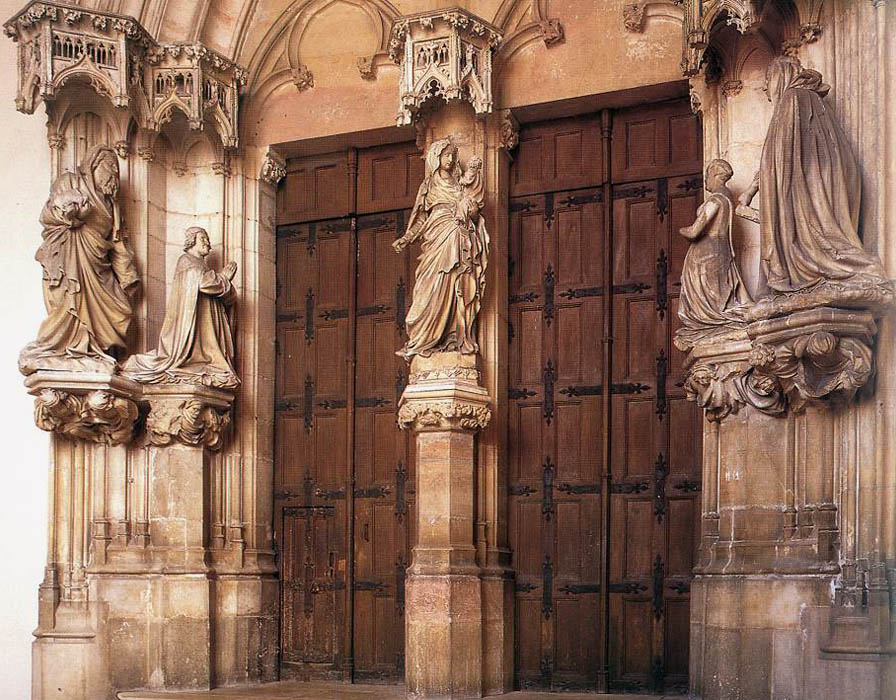 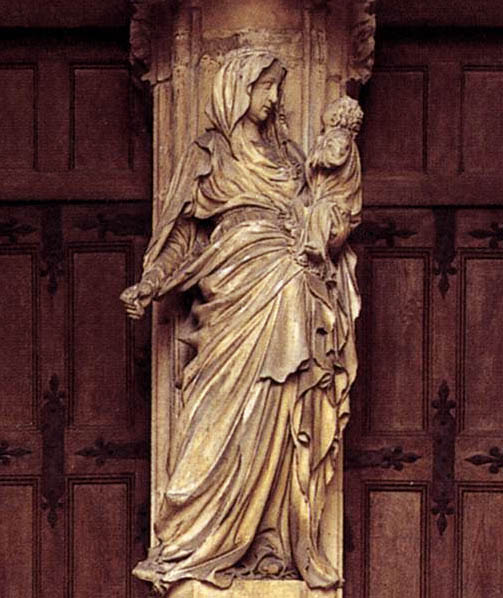 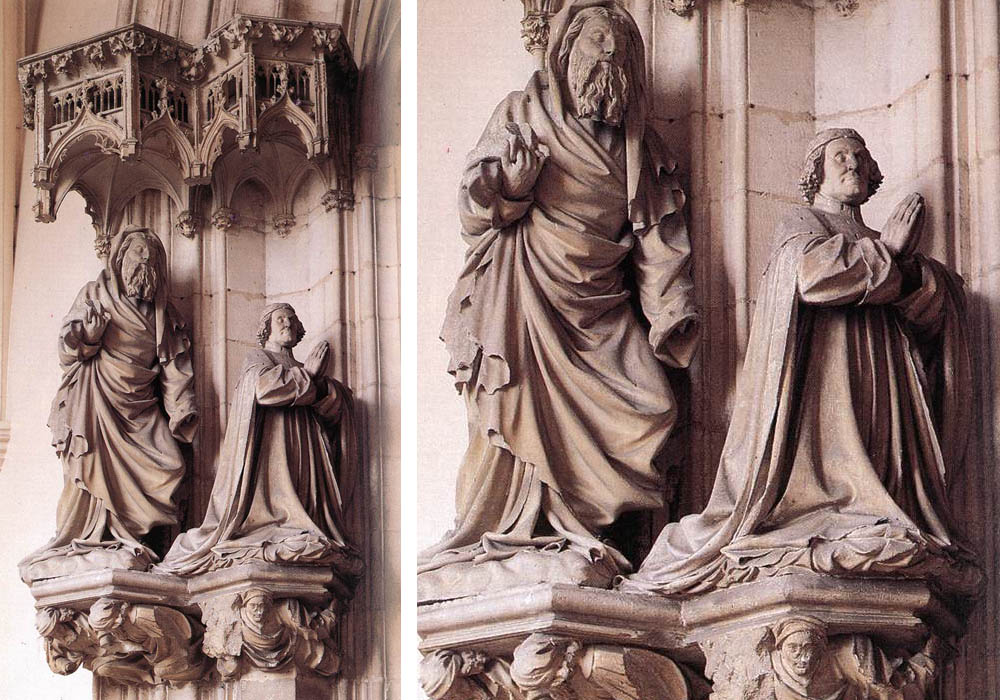 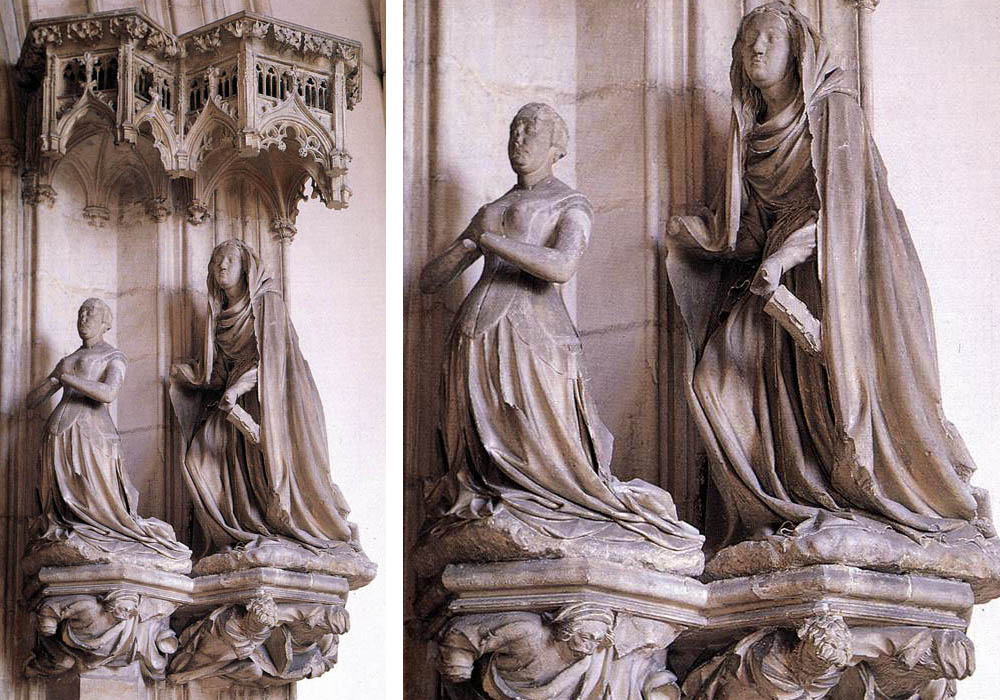 
Sluter's other works belong to a different category, which for lack of a better term we must label church furniture (tombs, pulpits, and the like), which combine large-scale sculpture with a small-scale architectural setting. The most impressive of these is The Moses Well at the Chartreuse de Champmol (fig.

499), a symbolic well surrounded by statues of Old Testament prophets and once surmounted by a crucifix. The majestic Moses epitomizes the same qualities we find in Sluter's portal statues. Soft, lavishly draped garments envelop the heavy-set body like an ample shell, and the swelling forms seem to reach out into the surrounding space, determined to capture as much of it as possible (note the outward curve of the scroll).

In the Isaiah, lacing left in our illustration, these aspects of our artist's style are less pronounced. What strikes us, rather, is the precise and masterful realism of every detail, from the minutiae of the costume to the texture of the wrinkled skin. The head, unlike that of Moses, has all the individuality of a portrait. Nor is this impression deceiving, for the sculptural development that culminated in Claus Sluter produced, from about

1350 on, the first genuine portraits since late antiquity. And Sluter himself has left us two splendid examples in the heads of the duke and duchess on the Chartreuse portal. This attachment to the tangible and specific distinguishes his realism from that of the thirteenth century. 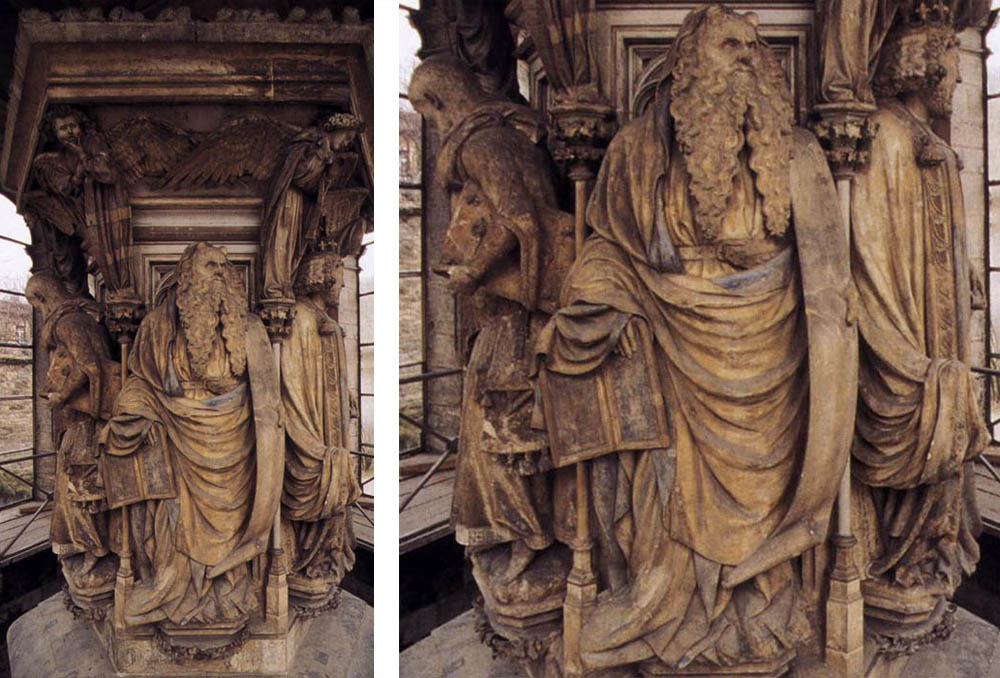 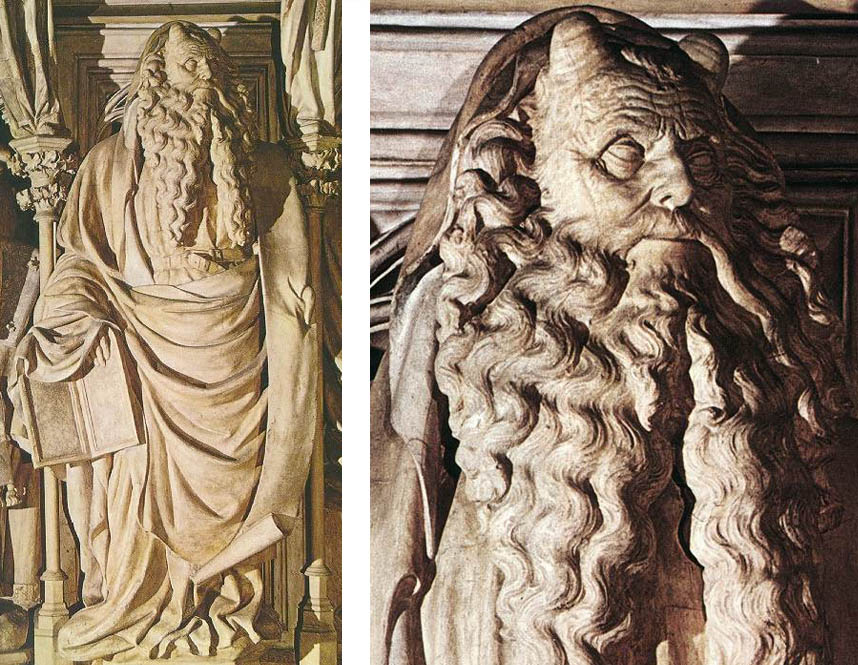 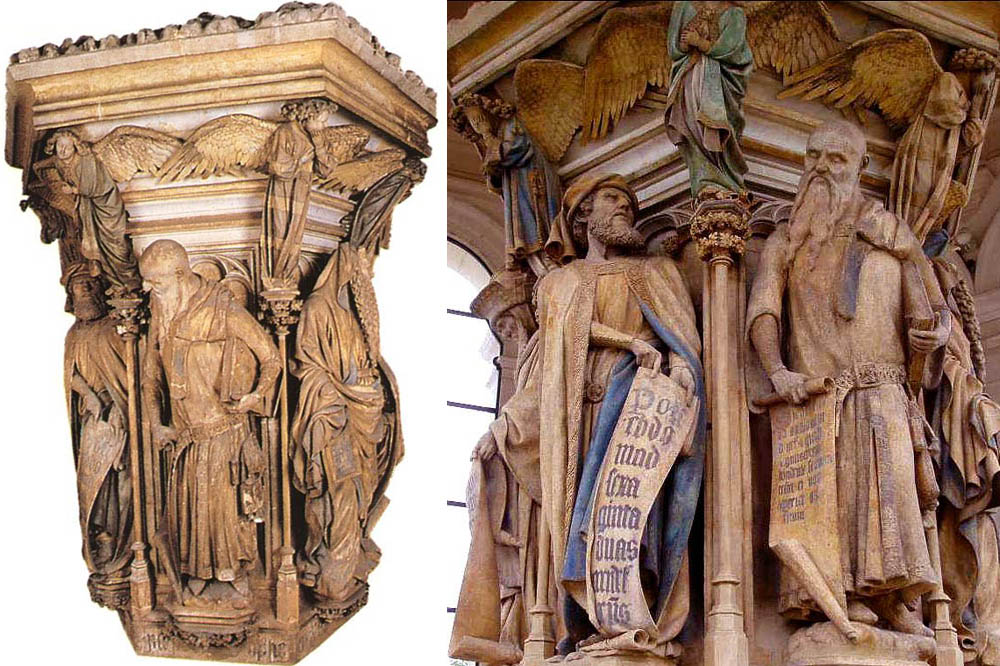 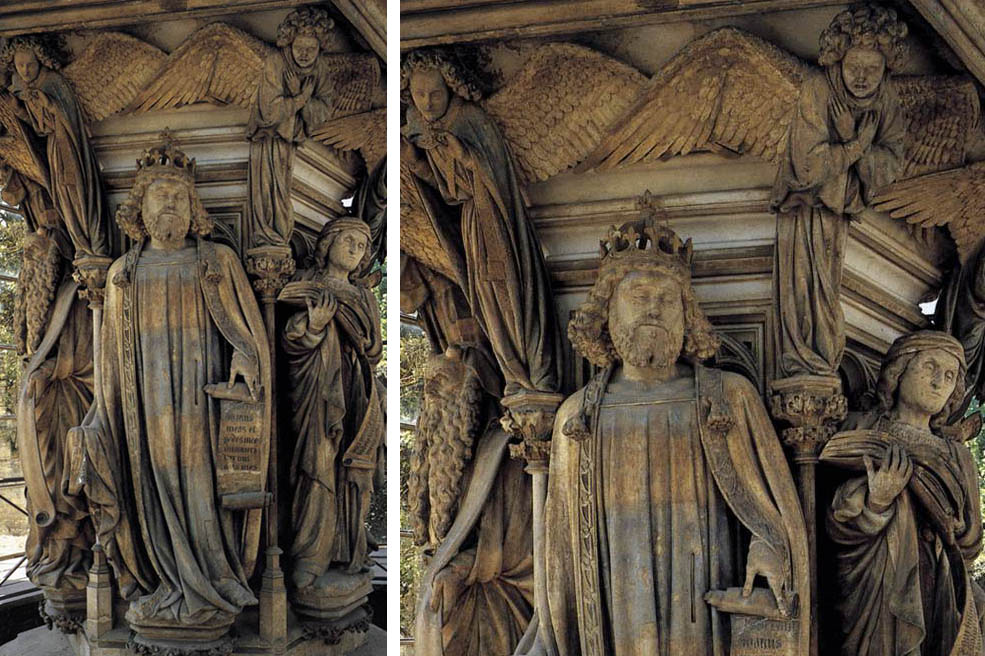 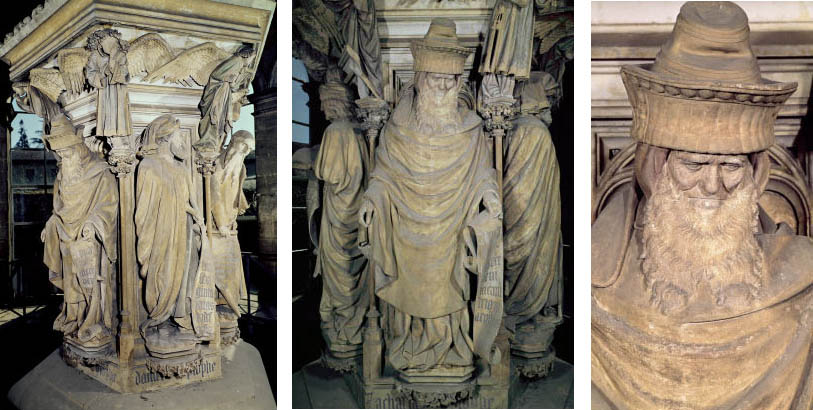 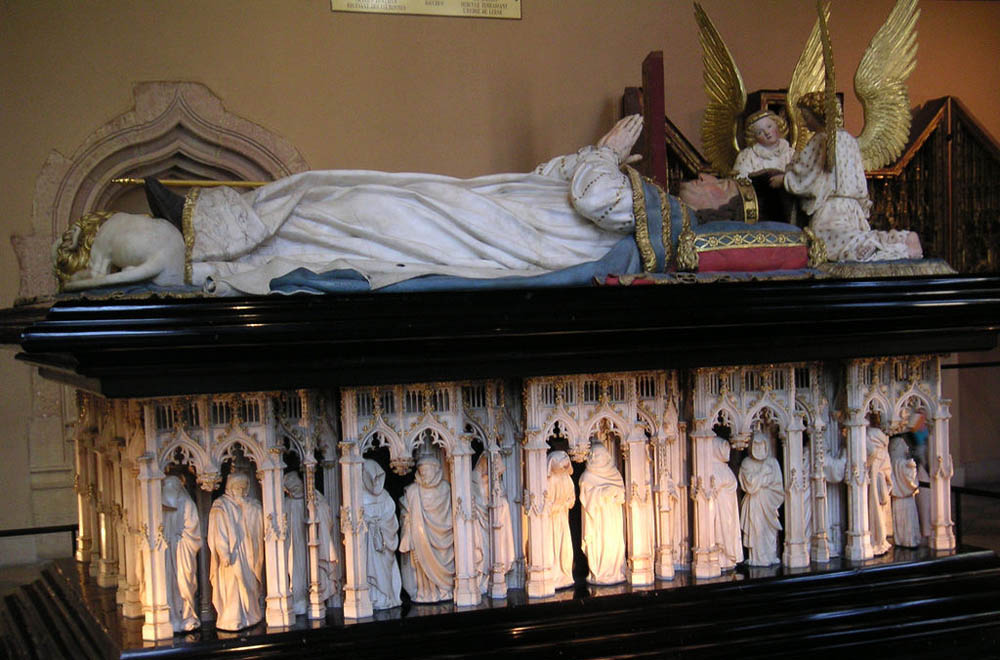 Memorial to Philip the Bold
1389-1406
Stone
Charterhouse of Champmol, Dijon 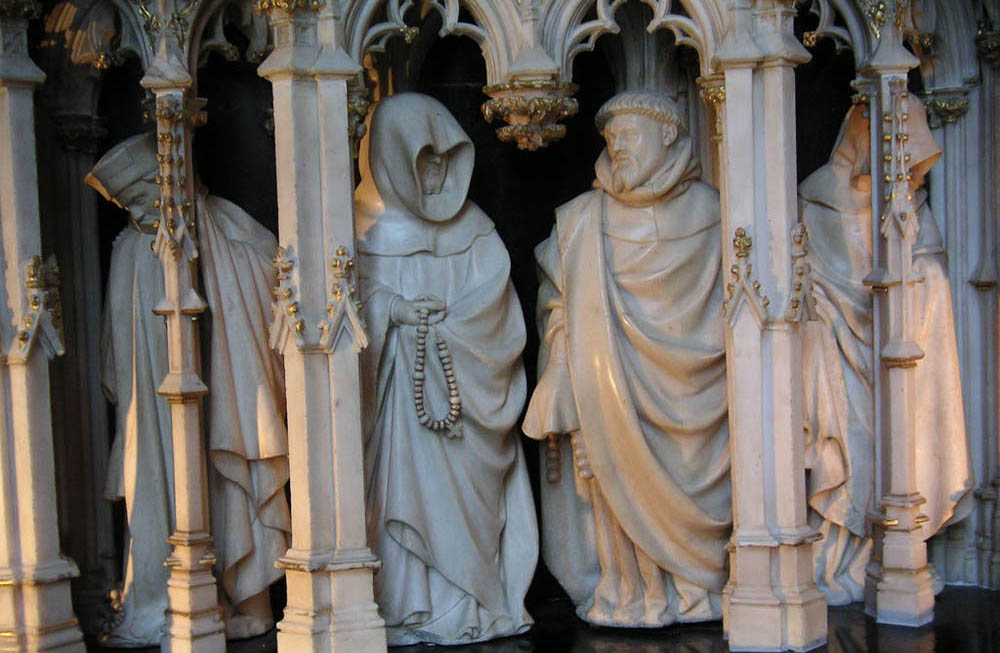 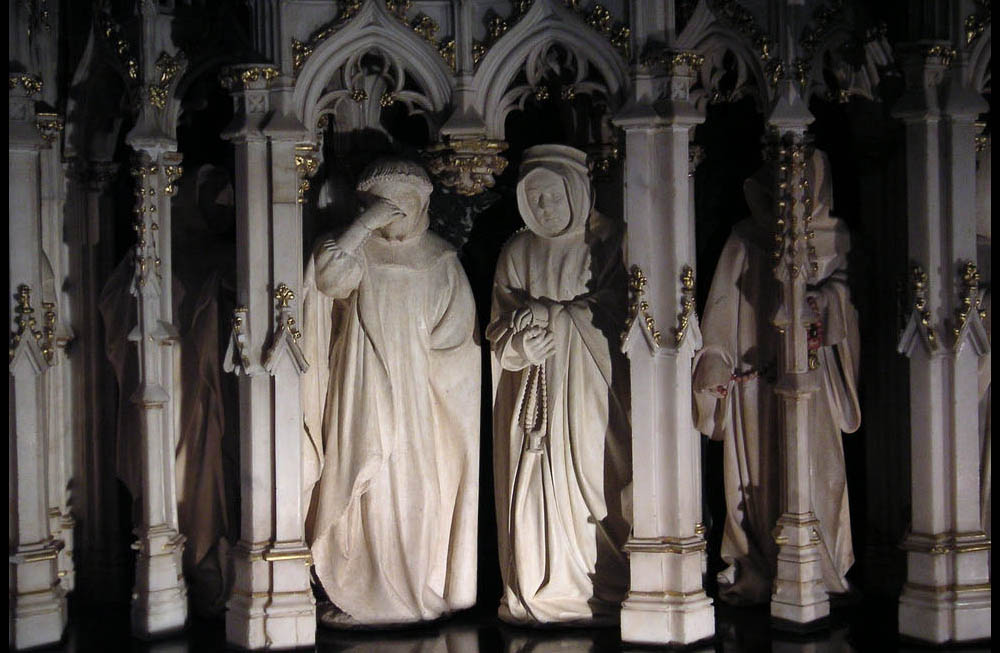 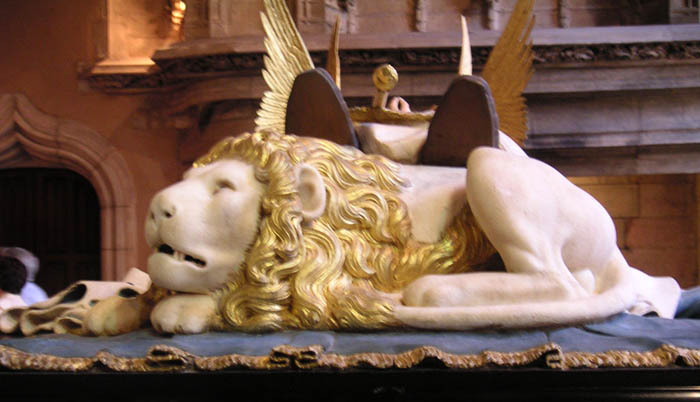 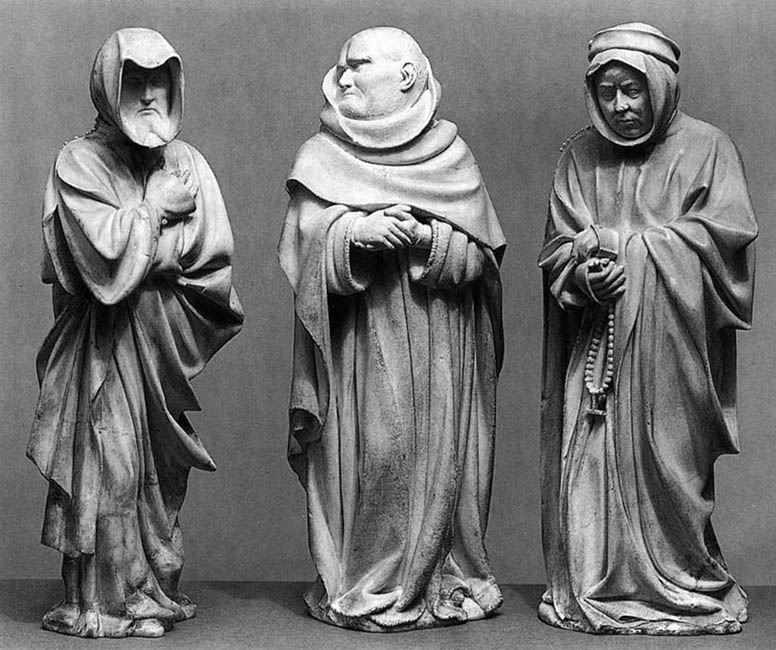